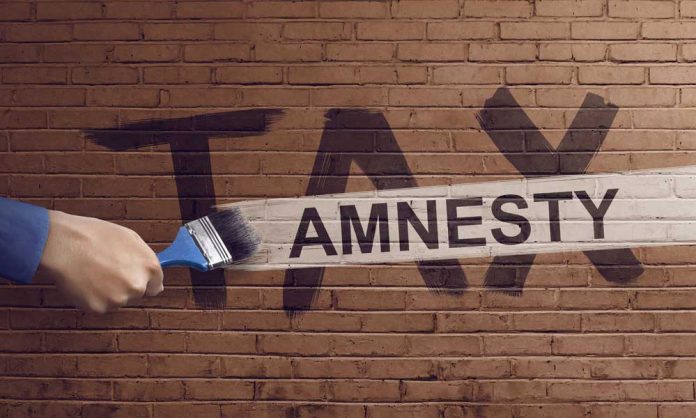 ISLAMABAD: A larger number of taxpayers have urged the Federal Board of Revenue (FBR) to extend the last date of Tax Amnesty Scheme 2019 to December 31, 2020.

According to an application sent to the Prime Minister Imran Khan through the Citizen Portal, taxpayers who declared assets under the Amnesty Scheme, urged the authorities to ease the burden on businesses and individuals who are battling the economic effects of Covid-19.

Earlier Lahore Chamber of Commerce and Industry (LCCI) President Irfan Iqbal Sheikh also sought extension in the date arguing that businesses across all segments are in distress and facing huge financial losses due to the disruptions in business activities.

The FBR on the other hand had earlier clarified that the due date for payment of outstanding taxes under the Asset Declaration Scheme 2019 will not be extended beyond June 30, 2020.

Taxpayers claimed that they have responded to the government’s call by availing Tax Amnesty Scheme 2019 and entered into the tax net. However, the closure of businesses due to continuous lockdown made it difficult for them to deposit tax in the national kitty.

They further stated that the FBR has warned them of dire consequences in case they fail to deposit tax under the scheme till June 30.

Earlier, the FBR had announced that those who did not declare their assets despite availing the Amnesty Scheme 2019 would have to face dire consequences including asset confiscation. The taxpayers alleged in their applications that FBR is not taking action against those who are still out of the tax net while having large bank balances.

Taxpayers were of the view that significant relief has been given in the debts owed by the government while the State Bank of Pakistan has also eased terms for lenders for a period of two years while ensuring that the credit history of the lenders is not affected.