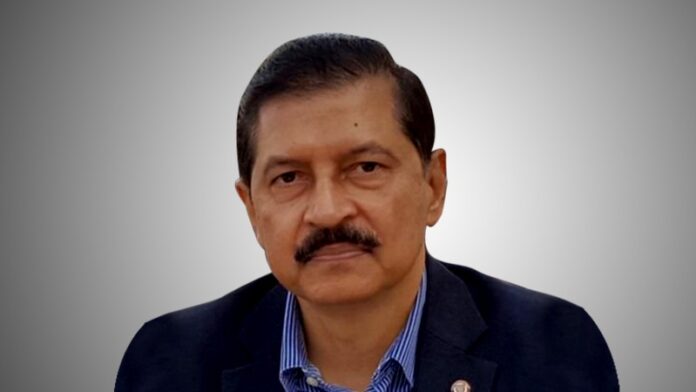 ISLAMABAD: The government has assigned Muhammad Javed Ghani the additional charge of the chairperson of the Federal Board of Revenue (FBR), said a notification issued by the Establishment Division.

Ghani replaces Nausheen Amjad, who was appointed to head the revenue authority in April.

“The federal government is pleased to assign additional charge of the post of chairman, Federal Board of Revenue, to Mr. Muhammad Javed Ghani … for a period of three months or till the posting/appointment of a regular incumbent; whichever is earlier.”

This is the fourth appointment made to the position since the ruling PTI took office.

A second notification issued by the Establishment Division said Amjad, a BS-22 officer of the Inland Revenue Service who was serving as the FBR chairperson, has been transferred and posted as the secretary of the National Heritage and Culture Division. The reason(s) for her transfer was not immediately clear.

Ghani is a BS-22 officer of the Pakistan Customs Service who is currently posted as a member of the FBR. The summary to give additional charge of the post of FBR chief to Ghani was approved by the federal cabinet through circulation.
Meanwhile, sources have informed this scribe that Javed Ghani has been seleted for the post as he ‘lacks the power to take decisions’.
“The government is searching for a suitable candidate for the FBR slot as it wants to reform the department,” an insider stated. “Different names, including Ministry of Kashmir and GB Affairs Secretary Tariq Pasha, have been under consideration in this regard.”
Pasha would retire from services in September this year and the government was considering to appoint him for a period of two years, sources said, adding that Pasha was also very close to one important person in the PM’s Office.
Moreover, this scribe has learnt has Adviser to PM on Austerity and Institutional Reforms Dr Isharat Hussain had last year held four to five meetings with FBR high ups on the reforms issue, but the PM Office wanted to implement the Pakistan Raises Revenue Programme of the World Bank. The govenment’s decision was resisted by the FBR as well as customs’ officers in November last year.
Sources said the PM Office had last week directed FBR to start work on the PRR programme, as it was the most suitable programme to increase the revenue.
- Advertisement -
Facebook
Twitter
Linkedin
WhatsApp
Email
Previous articleGovt urged to reopen restaurants, marquees in Islamabad
Next articleFY21: KP Finance Commission approves Rs261bn for local bodies