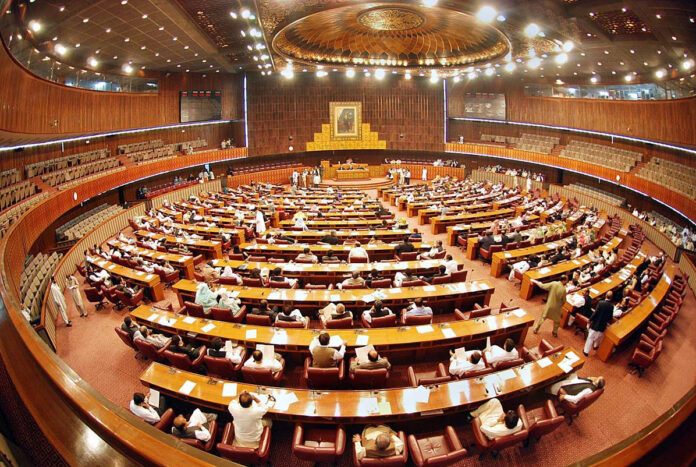 ISLAMABAD: Admitting that the revenue collection target for the financial year 2020-21 (FY21) would be “very difficult” to achieve, the newly-appointed Federal Board of Revenue (FBR) chairman has said that his department may not be able to meet the target for the first quarter (July-Sept) due to the impact of Covid-19.

“I cannot say whether we would be able to collect revenue as per target of the first quarter,” FBR Chairman Javed Ghani said while briefing the National Assembly’s Standing Committee on Finance, Revenue and Economic Affairs on Wednesday.

During the meeting, which was chaired by MNA Faizullah, the members expressed dissatisfaction on the presentation given by Member (Inland Revenue) Dr Muhammad Ashfaq Ahmed about refunds issued by the FBR on account of income tax, sales tax and customs duty.

Earlier, Dr Ashfaq informed the committee that the FBR had released an amount of Rs174.8 billion in refunds during the fiscal year (FY20), adding that the department had also paid Rs100 billion additional refunds under the prime minister’s package.

On this, MNA Naveed Qamar asked the FBR members to share the actual volume of unpaid refunds. “The committee should also be briefed on the stuck-up amount along with the payment procedures.”

PML-N’s MNA Ayesh Ghous Pasha accused the FBR of “issuing refunds only to the elite”, while others were being put in an endless queue.

The committee chairman seconded the observation of the MNAs and gave the FBR officials a one-day deadline to come up with details regarding payments of the refund and pending amounts so far.

Meanwhile, the committee recommended the government that newly appointed FBR chief Javed Ghani should be made a regular chairman so as to ensure the smooth and effective functioning of the FBR.

The government had recently given an additional charge of FBR chairman to Javed Ghani for a period of three months.

Moreover,  Zarai Taraqiati Bank Ltd (ZTBL) President Shahbaz Jameel briefed the committee about the bank’s situational analysis and suggestions for the way forward. He informed that the Finance Division on May 15 had constituted an advisory committee for the restructuring of ZTBL. The committee members included Shaukat Tareen, Zubair Soomro, and Atif Bokhari.

MNA Ahsan Iqbal intervened on the matter and said there was no need for the constitution of any committee at a time when locusts and coronavirus have badly damaged the agriculture sector of the country. He said the bank should focus on providing loans at lower rates to help the farmers.

Hina Rabbani Khar recalled that in November 2019, the committee had given a two-week deadline to the bank for the formulation of board of directors but the same was not carried out despite a lapse of seven months.

The committee expressed its displeasure on the delay for the formulation of the bank’s board of directors and directed Finance Secretary Naveed Kamran Balooch to apprise the committee in this regard on Thursday.

The committee also showed resentment over lack of disbursements of agriculture loans to the farmers by ZTBL as compared to previous years. The members were of the view that the government should analyse the current situation before carrying reforms in the bank.

The committee also took notice of purchase of pulses at higher prices and directed that Utility Stores Corporation (USC) managing director to appear before the committee on Thursday.