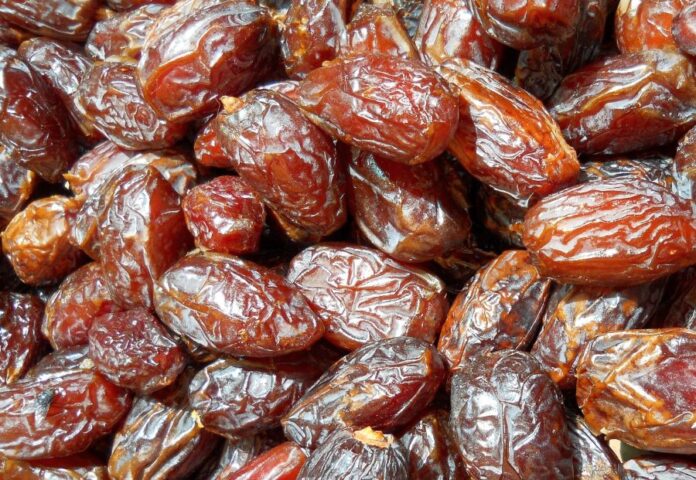 ISLAMABAD: Pakistani exporters of dates have incurred a loss of $100 million due to the suspension of trade with India since February 2019.

Pakistani dates exporters were previously fulfilling more than 99 per cent of India’s date demand which has come to a halt after the suspension of trade with the neighbouring country.

However, the Ministry of Commerce (MoC) has claimed that it has managed to export dates worth $14.20 million to Nepal in 2019-20 as an alternate destination.

Before the suspension of trade with India, Pakistan exports of dates to Nepal stood at $0.03 million in 2018-19.

During a meeting of the National Assembly’s Standing Committee on Commerce held on Friday, the commerce secretary informed that India is a major importer of dates in the world hence Pakistani exports of dates were badly affected after India imposed a 200 per cent on its import.

The secretary said that the MoC has taken several steps including exploration of new markets to divert its exports in order to minimise the loss from suspension of trade with India.

The commerce secretary informed that after withdrawal of Most Favored Nation (MFN) status from Pakistan, India has imposed a 200 per cent duty on all goods originating in or exported from Pakistan.

Since India’s move was in violation of Article 7 of SAFTA (Trade Liberalisation Programme) Pakistan has formally suspended imports and exports with India.

The secretary further informed that Pakistan exported dry dates worth $1.2 million to Singapore and $1.13 million to Thailand for the first time in 2019-2020. He said that Pakistan’s exports of dates to UAE, Kuwait, Oman, Bangladesh and Turkey were also on an increasing trend.

The MoC is currently organising dates exporters’ delegations to Germany, Australia and Netherlands.

Committee Chairman Syed Naveed Qamar directed the MoC to explore new markets and engage trade and investment officers to aid efforts for the export of dates. He directed the commerce secretary to prepare a comprehensive plan with the consultation of all stakeholders and present the plan before the committee in 30 days.

According to data from Pakistan Horticulture Development and Export Company (PHDEC), Pakistan exports only 13 per cent fresh dates, while 87 per cent of dates exported from Pakistan are dry dates.

India on the other hand, imports 30 per cent of the world’s dry dates out of which 99.6 per cent are supplied by Pakistan. Pakistan also exports dry dates in small quantities to the United Kingdom (UK), Bangladesh, Germany and Turkey.

In Pakistan, the livelihoods of around 100,000 growers and farmers have been severely affected by the ban on trade with India.