'Taking on LinkedIn, The Talent Games, and Rozee.pk in Pakistan, the app-first recruitment platform aims to disrupt the way jobs are discovered, applied for, and how job seekers understand what skills are in demand' 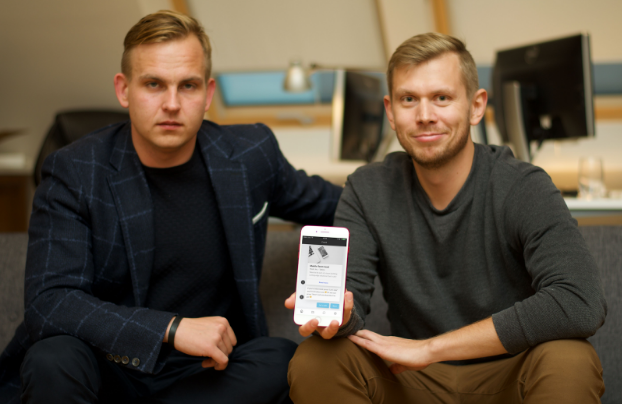 LAHORE: In a bid to disrupt the job discovery and recruitment aspect of talent acquisition in Pakistan, MeetFrank has launched opened its app for the fifth-most populous country in the world. As the first Asia office for the Estonian technology companies, the company spoke to Profit about its rationale for entering the emerging market.

“When selecting new markets for MeetFrank, we are evaluating the pool size for early adopters from the B2B side,” said Kaarel Holm, CEO of MeetFrank. “Based on our previous experience, one key component for early success is a strong and vibrant start-up community. Pakistan is becoming a start-up hub in the region and the start-up ecosystem growth is on exponential growth.”

He told Profit that these are the variables and factors which led MeetFrank to triple down on its investment and entry into Pakistan, adding that go to market for the Estonian technology company is based on marketplace size and transactions. Holm told Profit that revenue is a byproduct of building exceptional products, adding that the key to success is to provide as much value to users as possible. As for targets, Holm expects his Pakistan country manager Aaqib Syed to acquire at least 500 to a thousand business customers.

In Pakistan, LinkedIn has 4.79 million users and averages around two thousand job postings a day which costs $495 for a 30-day listing, which means LinkedIn earns well over $1 million per month from Pakistan alone.

“User wise, we aim to attract 250k – 500k users within the next 12 months,” said Holm. “Historically, 70% of our growth has been organic in all the markets. The rest of the 30% is achieved through marketing activities.”

While the app is free for users looking for a job, Holm insists that this does not make the users the product, in that the business does not monetize its userbase through submitted data. The monetization solely depends on hiring organizations, much like LinkedIn, which pay to post their open positions on the MeetFrank platform, which can be viewed on the web but accessed at a deeper level through the app.

Design thinking experts told Profit that a user’s inability to experience the service on the web may hamper the growth of MeetFrank in Pakistan, given that even LinkedIn offers a comparable web-based experience instead of pushing users to the app in its entirety. The web experience of MeetFrank does in fact feature Pakistan market insights which show that the company has 54 corporate customers and nearly ten thousand users, of which nearly 18% are actively looking for work.

Holm told Profit that the initial plan was to have approximately ten to fifteen employees within the first six months, wherein local roles would have been for sales, support, and account management, which is similar to the hiring strategy of Joyy Inc and Jack of Digital.

“C19 has been a difficult time for most of the companies and it has affected us as well,” said Holm. “Our strategy has remained more or less the same with some added business lines. We are now more heavily focused on remote hiring and positions and entered into freelance jobs a couple of months ago. The biggest effect probably related to the fact that we can not travel to our operating countries and this has made opening up new markets more challenging than before.”

According to data from Sensor Tower, MeetFrank has ranked in the top 100 apps in Pakistan within the business category for the Google Play Store since July 2020. The app enjoys a similar ranking on the Apple App Store. The aforementioned database listing does not suggest that the Estonian technology company has similar capability competitors in either the top 100 list.