Hydropower share in total energy mix to increase to 50pc by 2050: WAPDA chairman 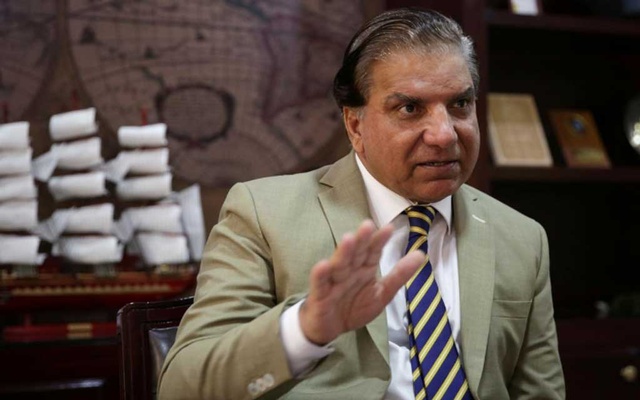 ISLAMABAD: WAPDA Chairman Lt Gen (r) Muzammil Hussain on Monday said that hydropower share in the total energy mix would be increased to 50 per cent by 2050 for the provision of cheap energy that would boost business activities and accelerate economic growth.

The WAPDA chairman gave a detailed presentation to the business community on Diamer Bhasha, Dasu, Mohmand and other dams being constructed by the authority.

He said the business community deserved a lot of appreciation as they have been doing a tremendous job to promote business activities and run the wheel of the economy despite high energy costs and power shortages.

He said that WAPDA is urging the government to negotiate with Independent Power Producers (IPPs), adding that new terms with IPPs, if implemented, would save Rs700-800 billion per annum.

Regarding the unbundling of WAPDA, the chairman termed it a strategically bad decision, reasoning that it created disharmony in decision making in the power sector and contributed to circular debt.

However, he said that the government was looking at these issues seriously and hopefully would make some good decisions.

“The business community should further enhance its interface with WAPDA that would pave the way for better business growth and bring prosperity to Pakistan,” he added.

Speaking at the occasion, the ICCI president appreciated the efforts of the WAPDA chairman’s efforts for building dams and generating hydropower that would bring down the cost of doing business, adding that electricity was a key raw material for many industries and hiking hydropower share would give a boost to industrialisation and business activities.

He also lauded WAPDA for getting a stable rating from three rating agencies of the world.

Founder Group Chairman Mian Akram Farid said that high power cost has made the domestic industry uncompetitive for exports and stressed that major focus should be on hydropower to reduce production cost.

He said that Pakistan has 250 locations for setting up small power plants, but the license award process was not fair, concluding that the performance of distribution companies (DISCOs) should be improved while the fuel adjustment charges system should also be revised to save the industry from an extra burden.