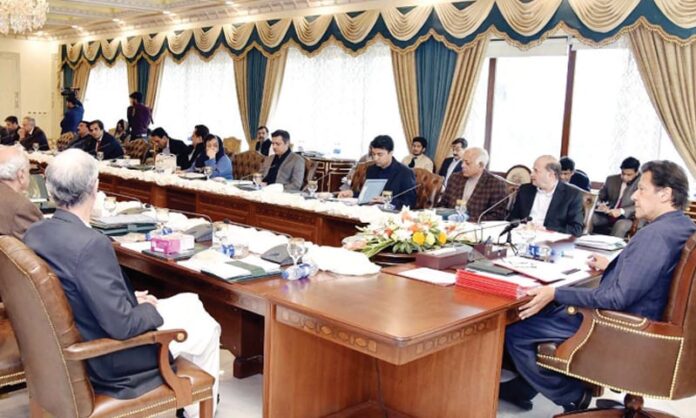 ISLAMABAD: The federal cabinet has refused to grant ex-post-facto approval to the appointment of Engineer Brigadier (r) Muhammad Zareen as the chief executive officer of 969MW Neelum-Jhelum Hydropower Company (NJHPC).

Sources informed this scribe that the Water Resources Division had earlier requested the cabinet to regularise the appointment of the incumbent NJHPC chief, however, the cabinet refused and directed the division to revisit the proposal in light of the law minister’s advice.

In a meeting of the federal cabinet, Law Minister Senator Dr Muhammad Farogh Naseem had pointed out that the Supreme Court’s (SC) judgement in the Mustafa Impex case had banned ex-post-facto approvals by the federal government.

The post of NJHP CEO became vacant on September 2, 2016, after the resignation of Lt Gen (r) Muhammad Zubair, leading to the Board of Directors assigning the post to the then adviser of the Water and Power Development Authority (WAPDA) Zareen.

Later, the board, in its 33rd meeting, recommended Zareen’s name for the post of CEO to salvage the power project. Temporary approval was subsequently granted by the prime minister on a summary submitted by the Ministry of Water and Power on November 9, 2016.

Meanwhile, WAPDA continued with headhunting through multiple means, including publishing advertisement for the post in the international and national press, but no viable candidate could be found.

As Zareen’s appointment was made well after August 18, 2016, and that too without the approval of the federal government, it needed to be regularized ex-post-facto from the date of assuming charge. As summary in this regard was forwarded to the Establishment Division for comments, and the latter too supported the regularisation of the period of assignment of temporary charge, recommending its change to that of the incumbent CEO.

However, the Establishment Division opposed the proposal of his reappointment for another year.

Later, the Ministry of Water Resources requested the cabinet to regularise Zareen’s posting as the CEO from the date of his assumption of charge till June 30, 2020, with age relaxation as recommended by the board in its 51st board meeting held on June 2, 2020. The ministry also requested a one-year extension for the official until June 30, 2021.

According to some documents available with this scribe, the cabinet has once again reiterated that such cases should only be submitted under compelling circumstances only.