The outspoken founder of VaynerMedia urged marketers, particularly those at CPG companies, to limit or eliminate upfront media commitments due to the uncertainty around the ability to supply demand 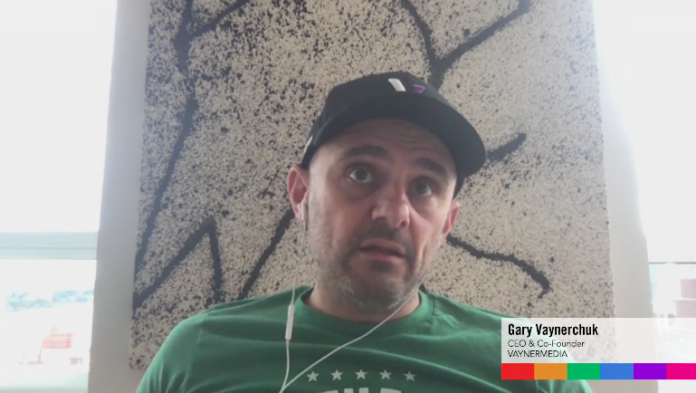 At Advertising Week 2020 this week, marketers were advised to use their leverage to recognize the ongoing shifts in the marketplace and to be flexible & nimble in considering over the top (OTT) commercials on the open marketplace through bids.

“OTT is gobbling up the TVC market anyway and most of their products are biddable by nature,” said Gary Vaynerchuk, chief executive at VaynerMedia, a twelve-year-old full-service digital agency, during a Great Minds in Conversation session at Advertising Week 2020. “And so this was kind of a decade away from happening anyway. I think it would have taken another decade – call it 2030 – for this reality to be ‘everyone is out on the upfronts’ and the NBC’s and the others would have to figure out their business models. As historians of the ad world – when we’re old men and women – they may look at Covid-19 as the tipping point as the death of the upfront which was so foundational for half a century.”

His point of view on eliminating TV upfronts mirrors that of P&G chief brand officer Marc Pritchard and Mastercard global media group head Ben Jankowski, with the view that chief financial officers are not aware of what resources companies can offer the media function one quarter away, adding that this pandemic induced uncertainty makes upfronts irrelevant.

During an interview with MediaSnack, Jankowski said that TV upfront practice originates with large automotive companies buying large media inventory by Q2 or Q3 to line up with new products being launched in Q4 of the same year.

“If I was a mid-market company that was worried about weight, I would get unbelievably educated on how effective remnant spot buying actually is, I would get even more educated on Facebook, YouTube, and Instagram’s actual potential when you treat them like TV [also known as] real dollars being spent on it in long-form and short-form videos in that environment,” said Vaynerchuk. “And then I would put the nail in the coffin by understanding the OTT landscape. When I look at Amazon and Roku and Hulu, there’s some really great opportunities – better targeting, more flexibility.”

“[Marketers need to have] a [really] big conversation around the cost of production,” said Vaynerchuk. “I think the cats a little bit out of the bag – a lot of people are beginning to realize that – you know I don’t think the brands want to have TVCs that have – let’s say – Zoom or Google Hangouts quality.”

He was also making the point that when marketers spend the majority of production budgets for content that is meant for television audiences and then take the entirety or portions of said content to force it onto online platforms, quality is impacted, adding that this decision is a waste of overall production budgets.

[Marketers are starting to understand that] spending $450,000 out of pocket might be a waste of money and could be used in a wiser way and so [marketers need to have] a huge conversation of like driving down the cost of creative and production so that it leads to more output, across more verticals, to more cohorts of consumers, to create more relevance for those cohorts, to allow them to create consideration and buying,” he said. “So very real business conversations around flexibility and affordability to create the outcome that everyone is looking for.”

Vaynerchuck insisted that his perspective in the matter weighs in on the vanity metrics in the advertising ecosystem which believes that the creative cost and production cost behind a TVC is somehow indicative of the quality of the output, whereas he insists on measuring content by its long-term or short-term effectiveness in driving a business outcome.

“We did three Superbowl commercials last year,” said Vaynerchuk. “So, there are places where we think the attention is very underpriced and we’re thrilled to make higher production commercials but we’re proud that our clients have been surprised and excited about our costs on those productions when they are 20pc to 40pc lower to what they have been accustomed to in the past. We don’t want to waste a client’s money, it’s our responsibility not to.”