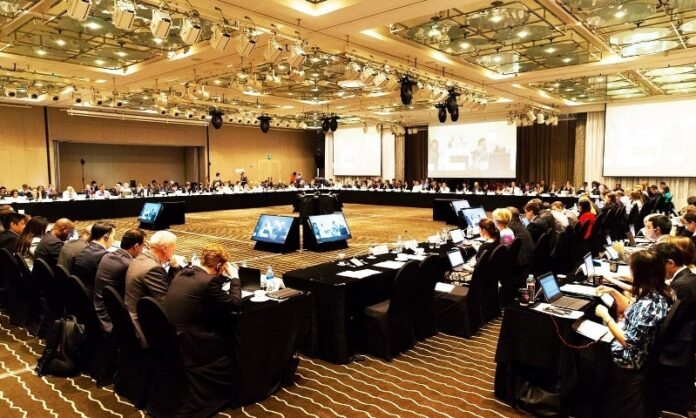 The Financial Action Task Force (FATF) has decided to keep Pakistan on its grey list until February 2021 despite complying successfully with 21 out of 27 points of action.

The decision was made by the global watchdog for curbing terror financing and money laundering in its virtual plenary session from October 21 to 23. It reviewed Pakistan’s progress on the 27-point action plan.

FATF President Marcus Pleyer announced the decision after the three-day session came to an end on Friday. Pakistan has been on the watchdog’s grey list since June 2018.

Federal Minister of Industries and Production Hammad Azhar, in a series of tweets after the decision, said that Pakistan has achieved impressive progress on its FATF action plan. He said that 21 out of 27 action items now stand cleared while remaining six items have been rated as partially complete.

He said that within a year, the government progressed from 5/27 to 21/27 completed items. “FATF acknowledged that any blacklisting is off the table now,” added the minister of industries and production.

Hammad said that instead of the current action plan, discussions remained focused on how Pakistan can be facilitated for its upcoming second evaluation (MER), which is due by the mid of the next year. “I congratulate our Federal and Provincial Teams who have worked day and night even during the pandemic to ensure this turn around,” he added.

Before the decision was announced, Foreign Minister Shah Mahmood Qureshi, while talking to the media on Friday, said that India’s nefarious designs to push Pakistan into the blacklist of the FATF will fail because the world has recognised Pakistan’s measures against terror financing and money laundering.

The foreign minister said that out of 27 actionable points, Pakistan has shown 100 per cent progress on 21 and progress has also been made to meet the remaining six points.

FM Qureshi asked the FATF forum to positively respond to the significant progress made by Pakistan to comply with its action plan.

The global financial watchdog had in 2018 placed Pakistan on its gray list of countries with inadequate controls over money laundering, a potential source of terror financing, and gave it the action plan to implement.

In February this year, the country won a four-month grace period, until June this year, to meet the international anti-terrorism financing norms. That deadline was extended to October due to the coronavirus pandemic.

“The FATF strongly urges Pakistan to swiftly complete its full action plan by June 2020,” the FATF had said in a statement issued after a meeting in Paris in February. “Otherwise, should significant and sustainable progress especially in prosecuting and penalising TF (terrorism financing) not be made by the next Plenary, the FATF will take action.”

In February, the FATF had noted that Pakistan had delivered on 14 points but missed 13 other targets. On July 28, the government reported to Parliament compliance with 14 points of the 27-point action plan and with 10 of the 40 recommendations.

By September 16, however, the joint session of the parliament amended about 15 laws to upgrade its legal system matching international standards as required by the agency.

Officials have been hopeful of a positive outcome, especially after the recent legislation by parliament on counter-terror financing and money laundering.

However, being placed on the black list would put Pakistan in company with Iran and North Korea and see it shunned by international financial institutions.