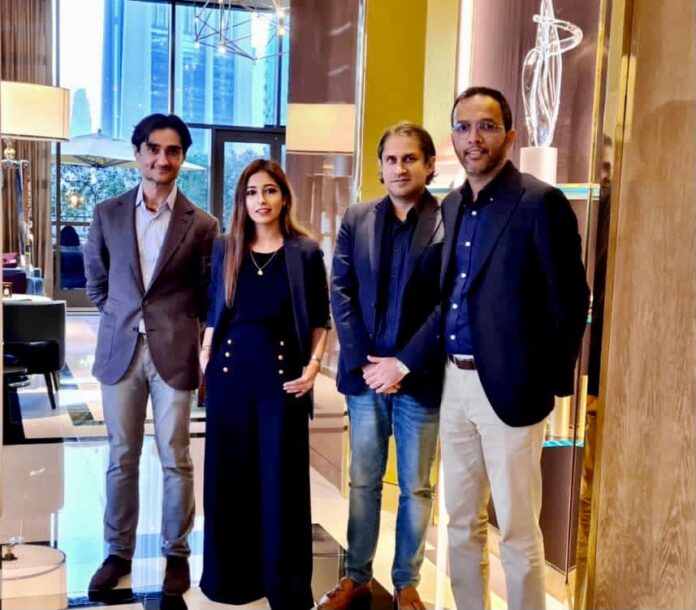 LAHORE: Karachi-based beauty and fashion e-commerce platform Bagallery (Private) Limited has closed a $900,000 Pre-Series A funding round from Lakson Venture Capital (“LVC”), the company announced in a statement today.

“The plan is to further raise funding next year, hopefully by the mid of 2021,” said Mina Salman from Bagallery.

Co-founded by husband and wife Salman and Mina, Bagallery started out in 2013 with simple Facebook and Instagram pages for beauty and fashion products, that they said garnered a large following with their influencer-driven model. The startup currently has over 300,000 followers on the social media platform Instagram.

Motivated by the demand, in 2017, the co-founders launched a native e-commerce platform with dedicated operations and fulfilment teams.

The company claims that since then, it has seen tremendous growth to become the beauty and fashion segment market leader and is ranked among the top e-commerce traffic generators in Pakistan with 94 per cent female visitors.

“We are really excited to have received LVC’s backing at a time when Bagallery is growing rapidly. The funding will allow us to expand to multiple cities in Pakistan by upgrading our technology stack, inventory management systems and logistics partnerships to efficiently scale,” said Bagallery.com Co-founder Mina Salman.

The fashion industry dominates the global B2C e-commerce space with a 30 per cent share in total B2C e-commerce revenues. According to Euromonitor, the beauty and personal care market in Pakistan is projected to be in excess of $30 billion by 2023.

Bagallery focuses on authentic supply for products by entering into partnerships with likes of Unilever, Procter&Gamble, L’Oreal, Kiko Milano and others. This gives Bagallery competitive access to brands sought by its target demographic consumers.

“The beauty and personal care market in Pakistan is projected to have billions in revenues over the next 5 years. This represents a tremendous opportunity for market leaders like Bagallery, especially at a time where internet adoption in Pakistan has attained critical mass with more than 80 million active users,” said Lakson VC Managing Partner Faisal Aftab.

“Bagallery is in line with our core investment philosophy of supporting strong teams with a proven business model and potential to scale,” said LVC CEO Babar Lakhani.

Both Faisal Aftab and Babar Lakhani have joined Bagallery’s board of directors.

Myntra in India, one of the early players in this space was acquired by Flipkart in 2014 for $300 million. Similarly, Nykaa in India was valued at $723 Million in 2019, raising $14 million from TPG Growth.