Govt assures APTMA of early resolution of all tax issues 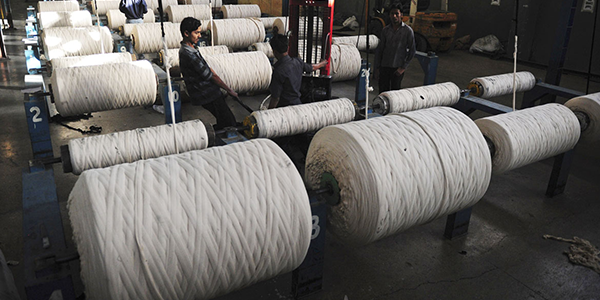 LAHORE: The government has assured the All Pakistan Textile Mills Association (APTMA) that all tax issues, including refund claims, would be resolved as quickly as possible as it is committed to facilitating trade and industry by sanctioning all pending tax refunds in order to relieve the export-oriented industry from a liquidity crunch, especially in view of the post-Covid economic meltdown.

The LTO chief commissioner said that the Federal Board of Revenue (FBR) accords prime importance to the resolution of all tax matters being faced by exporters and has recently launched a new refund release system, FASTER plus, to expedite the refund of taxes paid on inputs used in exported goods.

“FASTER Plus is processing refunds in 42-72 hours and the refund process has been improved with accelerated disposal of refunds,” the LTO chief commissioner said, adding that the electronic system is working efficiently without human involvement.

“Claims which require any detailed verifications shall also be processed on fast track,” he added.

Iqbal said that a dedicated cell would be set up soon for processing of all deferred cases with the direction to ensure that no deferred claim remains pending indefinitely whereas the FBR is also working to develop new software which will eliminate bogus invoices.

He also assured APTMA members that issues relating to WHT on their electricity bills and extension of the benefit of Clause 66, Part IV of the Second Schedule to Income Ordinance, would be resolved in consultation with Lahore Electric Supply Company (LESCO).

Further, he said the issuance of exemption certificates would also be expedited to avoid undue delays, if any, faced by member mills of APTMA Punjab.

The LTO chief commissioner agreed that undue inclusion of all buyers and suppliers of suspected units in investigations on detection of tax fraud was fraught with risks of genuine taxpayers would being harassed.

“Arrangements are being made to stop the summoning of registered persons, especially in cases where buying or selling was done after being confirmed to be listed on the Active Taxpayer List (ATL) and duly complying with procedures and requirements of the sales tax law,” Iqbal said in this regard.

He appreciated the suggestion that APTMA is associated with assisting the Tax Office in all such matters.

Responding to the issue of asking for hefty documents in notices issued by the Tax Office, the LTO chief commissioner was of the view that only those documents which are not available in the online system, such as stock and proof of payment etc., should be called.

APTMA Punjab Chairman Abdul Rahim Nasir expressed his deep gratitude to LTO Chief Commissioner Qaiser Iqbal and his team for looking into issues related to the textile industry and hoped that such interactions would continue in the larger interest of the country’s exports, employment and investment.