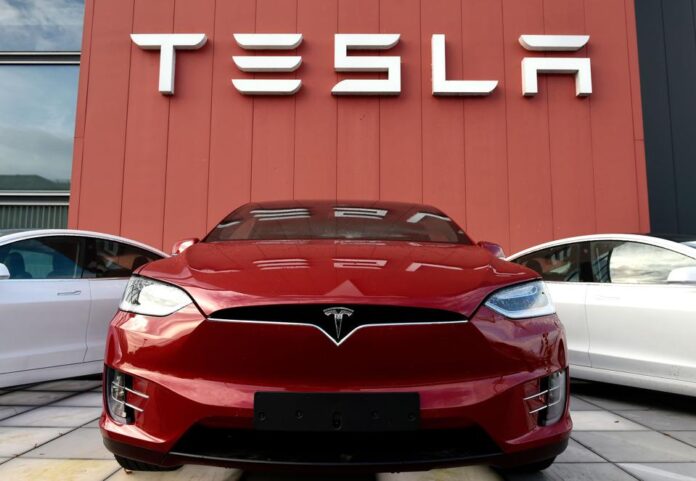 PALO ALTO: Tesla Inc is set to join the S&P 500 in December, a major win for Chief Executive Elon Musk that boosted the electric car maker’s shares 14% on Monday in anticipation of a $51 billion trade by index funds adjusting their holdings.

S&P Dow Jones Indices announced that the company would join the S&P 500 index prior to the opening of trading on Dec. 21, potentially in two tranches making it easier for investment funds to digest.

With a stock market value over $400 billion, Tesla will be among the most valuable companies ever added to the widely followed stock market index, larger than 95% of the S&P 500’s existing components.

Its inclusion means investment funds indexed to the S&P 500 will have to sell about $51 billion worth of shares of companies already in the S&P 500 and use that money to buy shares of Tesla, so that their portfolios correctly reflect the index, according to S&P Dow Jones Indices. Tesla will account for about 1% of the index.

Additionally, actively managed investment funds that try to beat the S&P 500 will be forced to decide whether to buy Tesla shares. Such funds manage trillions of dollars in additional assets.

Up about 450% in 2020, the California car maker has become the most valuable auto company in the world, by far, despite production that is a fraction of rivals such as Toyota Motor, Volkswagen VOWG_p.DE and General Motors.

Many investors believe Tesla’s stock is in a bubble, and some have warned against adding it to the S&P 500 at current levels.

“(Monday’s) price jump means the retirees and other individual investors who put their money into index funds will see some of their money go into Tesla stock at a price even higher than its controversially high pre-S&P price. It’s a downside of index investing for conservative investors,” Erik Gordon, a professor at the University of Michigan’s Ross School of Business, warned in an email.

A blockbuster quarterly report in July cleared a major hurdle for Tesla’s potential inclusion in the S&P 500, leading to speculation that it might be added to the index and spark a surge in demand for its shares.

In 1999, Yahoo surged 64% in five trading days between the announcement that it would be added to the index on Nov. 30 and its inclusion after the close of trading on Dec. 7. Yahoo’s market capitalization at the time was about $56 billion, around a fraction of Tesla’s current value.

In a separate press release, S&P Dow Jones Indices asked investors for feedback about whether to include Tesla all at once on Dec. 21, or in two tranches, with the first added a week earlier, due to Tesla’s unusually large market capitalization.

Tesla short sellers point to looming competition from longer-established rivals. They are also skeptical of Tesla’s corporate governance under Musk, who in 2018 agreed to pay $20 million and step down as chairman to settle fraud charges.