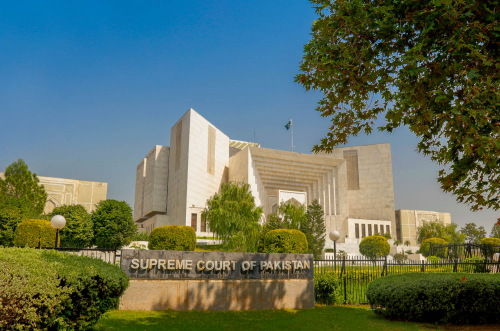 A three-member bench, headed by Chief Justice of Pakistan (CJP) Justice Gulzar Ahmed, heard the case pertaining to tree plantation on the banks of rivers and canals.

The court reprimanded the Sindh government for not submitting the relevant reports and ordered it to plant trees along lakes and highways.

The CJP remarked that the affairs of the Sindh government were beyond comprehension, adding that “Sindh is the only province whose affairs are run in a different way.”

He called for not paying travel and dearness allowances to officials who come from Sindh, adding that contempt of court notices would be issued to officers, and once received, they will lose their jobs and be sent to jail.

During the hearing, Justice Gulzar asked a representative of the Islamabad administration where it had planted the 500,000 trees. “You must have planted all the trees in Bani Gala. In Islamabad, trees are being cut down while crooked plants have been planted on the Kashmir Highway,” he remarked.

“Naran and Kaghan have become heaps of garbage. There are no trees around lakes and thousands of trees have been cut down in Kumrat. I have seen the trees being cut down myself. No one should be allowed to cut them down,” he added.