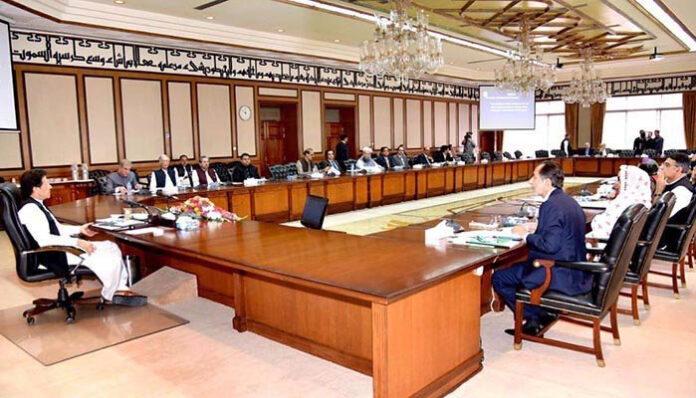 ISLAMABAD: In a bid to counter propaganda against Ravi Urban Development Project and Bundle Island Project, the federal cabinet has directed the ministers concerned to highlight the short-term and long-term benefits of the two important federal government initiatives.

According to sources, the federal cabinet, in its meeting held on 1st December, had directed the Ravi Urban Development Authority (RUDA) and Pakistan Island Development Authority (PIDA) to put in place an effective communication strategy to keep the masses informed about the short-term and long-term benefits of the two projects.

It had also directed Inter Provincial Coordination Minister Dr Fehmida Mirza and Special Assistant to Prime Minister (SAPM) on Climate Change Malik Amin Aslam to highlight in media the environmental benefits of the projects so as to counter the negative propaganda against these projects.

The cabinet had passed these directives after the chairmen of RUDA and PIDA had given a detailed overview of the two projects.

RUDA Chairman Rashid Aziz, while briefing the cabinet, said that the Ravi River Urban Development Project (RRUDP) would help address water-related issues in Lahore, which had to go through an imbalance in the aquifer system during 2006-17.

Similarly, he informed, Lahore had less than one per cent area covered by trees and no new urban forests or peri-urban woodlands had been designated/existed in the last 20 years. “In addition, the city has been devastated by smog due to rapid urbanization. Therefore, it is imperative to take up steps for revival of river ecological system so that issues pertaining to storage of water, provision of clean drinking water and wastewater management could be addressed.

After the completion of the first phase, the project would create approximately 873,000 direct and indirect jobs. Land estimates of net developable area in phase-I would be 17,872 acres with estimated cost of Rs939 billion.

Meanwhile, PIDA Chairman Imran Amin, while briefing the cabinet about Bundle Island Project, said the project would be completely sustainable, both technically and financially. “No loans would be taken for this project…funding would be through equity and project finance strategy to support the economy.”

He said the project would also be exploring more international ventures for hospitality, entertainment and commercial companies.

As per document, the Bundle Island Project would be recreated on the existing Bundle/Buddo Islands surrounded by the Arabian Sea. The two island sites would together yield a total developmental area of approximately 8,000 acres. The islands are approximately 22km southeast of Karachi city center and 1.2km from the mainland by the existing fishermen’s route.

An existing Mangrove area located north Bundle/Buddo Island is proposed to be reserved as an area, serving as fertile ground for education and further research and development.

As per document, the project aims to protect the island’s environment and landscape through sustainable development to ensure that it attends to the infrastructural, transport, economic, affordable housing and recreational needs of its residents and visitors. Moreover, it would provide a framework for physical, economical, social and cultural development of the islands for the next 50 years and beyond and preserve the ecology of the surrounding Indus delta and Mangroves.