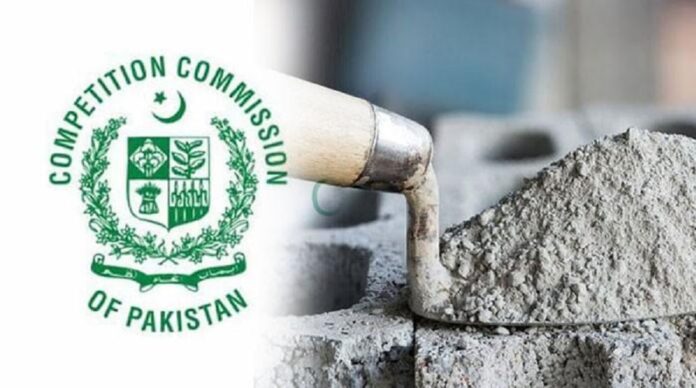 ISLAMABAD: The Competition Commission of Pakistan (CCP) on Tuesday announced that it had found firm evidence of cartelisation in the cement sector and had proven the involvement of All Pakistan Cement Manufacturers Association (APCMA) in anti-competitive activities.

He said that the CCP would issue notices to the cement manufacturers for involvement in cartelisation, market malpractices and market deception.

It is pertinent to mention that the CCP had started an inquiry against cement manufacturers on the basis of various media reports published between April and May 2020 regarding an increase in the price of cement, particularly the 50kg bag, by cement manufacturers.

The media reports had alleged that the increase in cement price by Rs45-55 per 50kg bag was due to cartelisation by manufacturers, who had held a meeting subsequent to which price increase was announced.

Consequently, a probe was conducted to ascertain possible prima facie violation of Section 3 and 4 of the Competition Act, 2010.

According to the official, it was revealed from the information gathered that during the June-July 2019-2020 period, a sharp increase in cement prices was recorded in Islamabad (Rs63/50kg bag), Lahore (Rs101/50kg) and Karachi (Rs32/50kg), translating into a hike of 11.4 per cent, 18.6 per cent and 5 per cent, respectively.

“It was surprising to note that the increase in the price of cement came into effect at a time when global coal prices dropped due to excess supply and lower demand,” he stated. Also, oil prices had reduced considerably in the international and domestic markets between April and May 2020 (petrol and diesel had reduced by Rs15 and Rs27, respectively).”

In addition, he said, interest rates had dropped to a single-digit; State Bank of Pakistan (SBP) had slashed the policy rate by 525bps from 13.25 per cent to 8 per cent during the fiscal year 2019-20.

The official said that based on the foregoing, the commission on May 18, 2020, authorised an inquiry under section 37(1) of the act to ascertain whether there had been any prima facie violation of Section 3 and/or section 4 of the act on part of the cement manufacturers and submit a report in the matter.

He said that to understand reasons behind the cement price increase, the inquiry committee sought information from cement manufacturing companies vide letters dated May 20, 2020, and August 12, 2020, on the various aspects including pricing, production etc. On September 24, 2020, the CCP had conducted search and inspection of the APCMA main office as well as the office of senior vice chairman of the APCMA’s executive committee; a senior employee of a major cement company in Lahore.

The impounded records – which included WhatsApp messages and emails – warranted conducting a more thorough search and inspection in the south zone to obtain evidence relating to anti-competitive practices, he informed.

He said that the evidence suggested the possibility of a cartel arrangement between the cement manufacturers.