Turkish manufacturer, which owns local market leader Dawlance, entered a joint venture with the Japanese company to manufacture and distribute its products throughout Asia ex-Japan 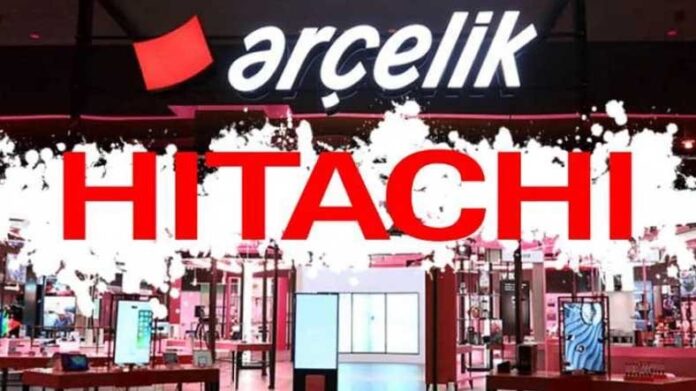 There was a time when one of the key markers of a Pakistani household having achieved upper middle class status was their ability to buy a Japanese white goods appliance: a refrigerator, a freezer, or anything else. The  market leader for the past two decades, however, has been Dawlance, the local company started by Bashir Dawood in 1980.

Now it seems that Dawlance may finally become the company that is not just the alternative to Japanese appliances, but may actually become the manufacturer and distributor of the Hitachi brand of electronics and white goods.

Arçelik AS, the Turkish company that bought Dawlance from the Dawood family in 2016, has announced this past week that it has entered into a joint venture with Hitachi, whereby it will acquire the manufacturing and distribution operations of Hitachi’s global home appliances business outside of Japan. Arçelik will own 60% of the new joint venture, with the remainder to stay with Hitachi. The transaction, valued at $300 million, is expected to close in the second quarter of 2021.

Among the assets that will come under Arçelik’s control are Hitachi’s manufacturing units in Thailand and China, which collectively have the annual capacity to produce 3 million units of refrigerators and washing machines.

While Arçelik has managed to mark its footprint in more than 145 countries and sells under 12 brands including Beko, Flavel, Grundig, Altus, etc., its market-leading position in Pakistan was one that it inherited through its 2016 acquisition of Dawlance, which by that time had been a market leader in the country for the past three decades.

Arçelik acquired Dawlance in 2016 from Bashir Dawood for $258 million, which represented an acquisition price approximately 5.7 times the company’s $45 million adjusted earnings before interest, taxation, depreciation, and amortisation (EBITDA) for that year. The relatively middling price suggests that Dawlance had not been a hot target for acquisition. Indeed, Kazim Alam reported in The Express Tribune that the company had then been on the market for over five years by the time Arçelik finally bought it.

Bashir Dawood is from the billionaire Dawood family, various branches of which own their own large conglomerates in manufacturing and, occasionally, financial services. Bashir is the brother-in-law of Hussain Dawood, arguably the most successful of the Dawood family, serving as the chairman and largest shareholder of the Dawood Hercules Corporation, which owns stakes in several major Pakistani corporations, including the single largest shareholding – and management control – in Engro.

Dawlance began operations in 1980 with its refrigerators. In 1988, it expanded production to include deep freezers. By the mid-1990s, it had expanded to manufacturing microwave ovens, washing machines, and air conditioners. It currently employs over 4,000 people and has manufacturing facilities in both Karachi and Hyderabad.

The company currently has a 60% share in the overall Pakistani household electronics and white goods market, though its share varies by subcategory. According to estimates by market analysts, Dawlance at present has a nearly 65% share of the refrigerator market, 35% of washing machines, 40% microwave ovens, 45% of chest freezers, and 15% in air conditioners.

Among local competitors, the only one that comes close is Pak Elektron, the publicly listed company that also produces other electrical and engineering products. Many of its competitors are also foreign brands, such as Samsung, Sony, Panasonic, Toshiba, and LG.

Hitachi products have been available in Pakistan for some time. However, their popularity has been limited considering the fact that the service and warranty network was virtually nonexistent. Shoppers were further put off from the brand considering repairmen were not comfortable with the brand due to limited exposure to it.

However, with Hitachi forming a joint venture with Arçelik with the primary purpose of expanding beyond Japan, it is possible that Hitachi will soon enter Pakistan formally and with a network to back it. Profit has asked Dawlance whether Hitachi products will be brought into Pakistan any time soon. Dawlance, however, did not respond.

In the press release to announce the transaction, however, the company’s CEO, Umar Ahsan Khan, said: “It is delightful to see this resourceful collaboration between two global enterprises. This partnership promises economic advantages for Pakistan as well, especially Dawlance, being the number one home appliance brand in Pakistan. We have the ambition to take maximum advantage of this brand-enrichment, broader vision, and international synergies.”

If Dawlance manages to bring Hitachi products into Pakistan and provide assurance that after sales service will continue to exist, they will be able to bank on the “Made in Japan” brand strategy while retaining the advantages that come with being the biggest local household electronics and white goods manufacturer.

In recent years, however, much of the competition, particularly in serving the lower middle class, has come from Chinese manufacturers, which are able to offer much lower prices, an attractive option for people who would otherwise have to make do without appliances that are increasingly seen as essential by a larger and larger segment of the population.

The business of home appliances, however, has been slugglish lately considering the price of imported components rising due to massive devaluation of the rupee, a market contraction due to the decline in disposable incomes, and the fact that Large Scale Manufacturing has generally been growing very slowly, at least for the first half of the year.

According to the Pakistan Bureau of Statistics, on a year on year basis, refrigerators production units declined by 31% in terms of the number of units locally manufactured, air conditioners by 7%, while deep freezers and television sets increased by 41% and 0.9% respectively.

With Arçelik deciding join hands with Hitachi, one thing that is for sure is that it does not plan on targeting the masses, at least not in Pakistan. Yet Pakistan’s aspiring middle classes may get access to a more affordable Japanese brand, which may yet be a winning strategy for Dawlance.