Sugar prices may be skyrocketing, but mills like Mirpurkhas Sugar are not seeing higher profits

Politicians are looking for convenient scapegoats when prices rise, but the sugar mills are not hoarding their product, as their depressed margins indicate a rise in production costs 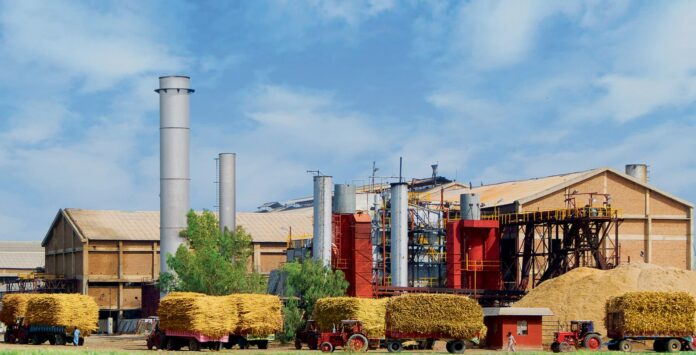 Are sugar mills not responsible for the high prices of sugar after all?

Before the reader yelps, and cancels their Profit subscription, please, hear us out. Yes, we are aware of the absurd and well documented sugar cartel that exists in this country. Yes, we are aware of how political families across the spectrum have become immensely wealthy due to their investments in the crop. The reader is well within their rights to raise their eyebrows at the premise we have laid out.

But a recently released financial statement made Profit pause. A collection of interesting figures neatly laid out tell an intriguing, alternate story.

On December 17, Mirpurkas Sugar Mills, one of the associate companies of the Ghulam Faruque Group, released its financial results for the year ended September 30, 2020. The results were odd, to say the least. Somehow, the company managed a greater revenue in 2020, at Rs4,637 million, than in 2019, where the revenue stood at Rs3,729 million. Yet the company made a loss after tax of Rs116 million in 2020. Compare that to 2019, when the company’s net income stood at Rs302 million.

First, what does it mean that that revenue for a sugar mill is increasing? Net revenue is pretty straightforward to calculate: it is the total amount of the money made from sales minus direct expenses. In this case, a higher net revenue in 2020,  meant that retail sugar prices were higher this year.

What effect does this have? Well, gross profit is net revenue minus costs of goods sold. That, divided by revenue, gives a company’s gross margins. In this case, the gross margin in 2020 is 7% – in 2019, that figure stood at 16%. In other words, in 2020,  Mirpurkhas Sugar Mills earned Rs7 in gross profit when compared to their costs of goods sold, but it earned Rs16 in gross profit last year. If a company’s ratio is falling (which it is, in this case), it means the sugar mill sold its inventory for a lower profit ie. it has to pay the farmers more for their sugar cane. And we know paying farmers more has a huge impact on the Mirpurkhas Mills: according to its 2019 annual report, sugarcane costs make up a whopping 90% of total manufacturing costs.

You can also see this in the company’s income statement: its operating profit stood at just Rs143 million, while it stood at Rs447 million in 2019. Operating profit is a measure of the profitability of the company’s core business (making sugar). It can fall because of a fall in revenue (which did not happen here), or a rise in costs of goods sold (bingo).

No matter how ludicrously sugar mills behave, they can’t do much if the actual crop of sugarcane is lower.  It is a way that sugarcane farmers can exert some control: less sugarcane means that price per unit of sugar goes higher. And it means that ever so often, the sugar mills find themselves a bit squeezed.

In the long run, less sugarcane being produced is a net positive for Pakistan. The crop is an extremely water inefficient crop, and yet continuously gets promoted in the country. Why? Because it is a ‘long’ crop ie. it is planted once, and harvested 11 months later. Since farmers are paid equally for both planting and harvesting, this makes it a cheaper crop to cultivate than say a crop with a three-month cycle, like cotton.

On a micro level, this is perhaps not great news for Mirpurkhas Sugar Mills. Unlike other sugar mills, it is not contributing to the political fortunes of any dynasty. Rather, Ghulam Faruque Group owns a 41% share in the company. The group was founded by Ghulam Faruque, who serves as the chairman of the Pakistan Industrial Development Corporation (PIDC) in the 1960s, which is also the decade he managed to get control of PIDC assets like the sugar mill (founded in 1964), and Cherat Cement. The group will be fine: what with the recent construction package announced in April 2020, Cherat Cement, and Cherat Packaging (which makes cement bags), will more than make up for any loss incurred by the sugar mill.