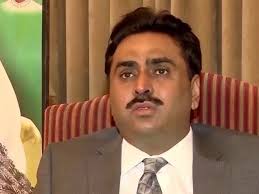 KARACHI: The Sindh High Court (SHC) on Thursday extended interim bail granted to former Sindh minister Jam Khan Shoro and others till February 4 in a case pertaining to the allegedly illegal allotment of 19 plots of the Karachi Development Authority (KDA) said to be worth Rs1 billion.

A two-judge bench of the SHC was hearing the case wherein the accused appeared before the court.

During the hearing, a NAB prosecutor requested the court to grant the bureau some more time to complete its inquiry. Accepting the request, the court directed the watchdog to file a reference at the earliest.

Shoro is facing charges of accumulating assets beyond known sources of his income and is also accused of illegally allotting state land for a Compressed Natural Gas (CNG) station in Hyderabad’s area of Qasimabad.

According to the NAB, the allotment of land cost the national exchequer a sum of Rs180 million.