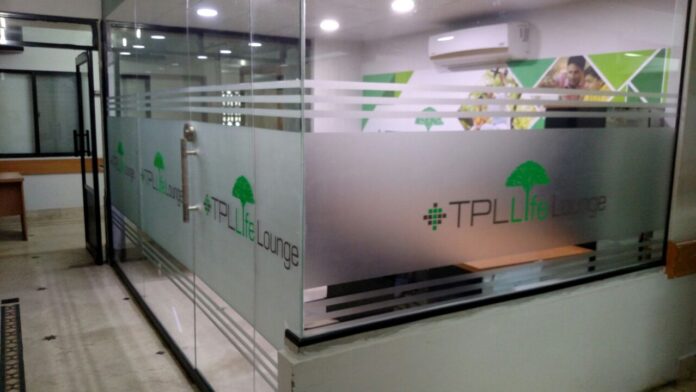 Since the group’s inception in the 1990s, TPL Corp, the parent company, has seen the rise, and rise, of its eight companies, that represent insurance, e-payments, digital mapping, and properties. Four of those including the parent company, TPL Insurance, TPL Properties, and TPL Trakker, are listed on the Pakistan Stock Exchange. And yet, the most interesting news in the last week of 2020, is about its one unlisted company: TPL Life Insurance (not to be confused with TPL Insurance, which deals in non-life insurance).

In a notice issued to the PSX on December 23, TPL Corp said that the British firm InFrontier Ltd, through its fund is to acquire a 36.6% stake in TPL Life Insurance.

“The Company aims to utilize the funds to strengthen its balance sheet, grow retail insurance offerings, invest in systems and human capital, and develop technological infrastructures in order to build product and platform awareness,” the company said.

Exactly who is InFrontier? According to TPL Corp, it is a specialist investment firm which focuses on frontier markets, and is authorised and regulated by the Financial Conduct Authority of the United Kingdom.

The company was founded in 2013 by Benj Conway and Felix von Schubert. The former studied medicine at Cambridge and Oxford, then worked in the British Foreign Office, and now likes to invest. The latter is a former mergers and acquisitions investment banker at JPMorgan, and had previously founded a private equity fund that managed over $600 million.

According to Bloomberg, their first $22 million fund closed in 2016, with investments from two state-backed funds — the U.K.’s CDC Group and the Dutch Good Growth Fund.

And what did this duo decide to spend the money? Afghanistan. According to InFrontier’s nondescript and minimal website, the company’s investment teams are based in London, Kabul, Tashkent and Karachi, and are interested in investing across South and Central Asia. But really, their efforts – and initial publicity – came from investing in Afghanistan (in fact, the only picture on the entire website is of a mountain in the country).

It is this experience that is perhaps what is guiding InFrontier to make a similar foray into the insurance sector in Afghanistan’s next door neighbour. However, the two countries have some similarities when it comes to insurance, and some key differences. For one, Afghanistan’s insurance law did not come into place until 2008 (much of the laws and regulations in Afghanistan came into force after the Constitution, which came into being in 2004), and has had several amendments drafted since then.

In Pakistan, on the other hand, insurance has been around for decades, though for the longest time was dominated by one player: State Life Insurance. In 1972, 32 insurance companies were forcibly nationalised, and folded into one State Life Insurance under Prime Minister Zulfikar Ali Bhutto and PPP’s nationalization agenda. The state of affairs would stay this way, until 1992, when private insurance players were allowed back in the game, under then Prime Minister Nawaz Sharif, and his privatisation process.

It was in this new environment that TPL Insurance (non-life) was incorporated as a company in 1992.  But in reality, the company really took off in 1999, when the company sought a vehicle tracking licence. At the time, motor insurance, or tracking services, was a non-existent industry, but TPL saw an opportunity. More people in Pakistan were going to buy cars, and as history would have it, more people’s cars were about to be stolen. So in 2001, the company started fleet management and stolen vehicle recovery services, which was to become the data location and tracking services TPL Trakker Ltd.

This is actually quite a similar scenario to Afghanistan: the 2000s for both countries were marked by terrorism, theft, and threat of violence. That leaves a space to be filled in by insurance companies. Which is good news, since Pakistan has an abysmally low insurance penetration rate, even when compared to other countries with similar per capita income. In 2019, the insurance penetration in Pakistan was at 0.9% of GDP. This is much lower than India’s penetration, at more than 3.6%, the region’s average of 2.2%, the emerging markets average of 3.2%, and the global average of 6.3%.

But on the bright side, this means the only way to go from here is up. The gross premiums of Pakistan’s entire insurance industry has a five-year compounded annual growth rate (CAGR) of 17.7%, from Rs136.3 billion in 2013, to Rs308 billion in 2018 (non-Life grew at a relatively lower CAGR of 9.6%).

TPL Life is a relative newcomer to the scene. It was formed in July 2016, when TPL Corp, acquired Asia Care Health & Life, a local insurance company. Because it is so new, it is also able to take risks, experimenting with Pakistan-specific insurance products, like Water Shield (against water borne diseases), Hyper Shield (against mosquito diseases) and Shehsawar (for motorbike accidents).

Unfortunately, for all its risks, the company has made a loss every single year since 2013. This is despite gross premiums actually increasing every year since 2016 (the year of the acquisition and name change). In fact, gross premiums in 2019 managed to return to 2013 levels. All in all, it makes for uneven growth at the company.