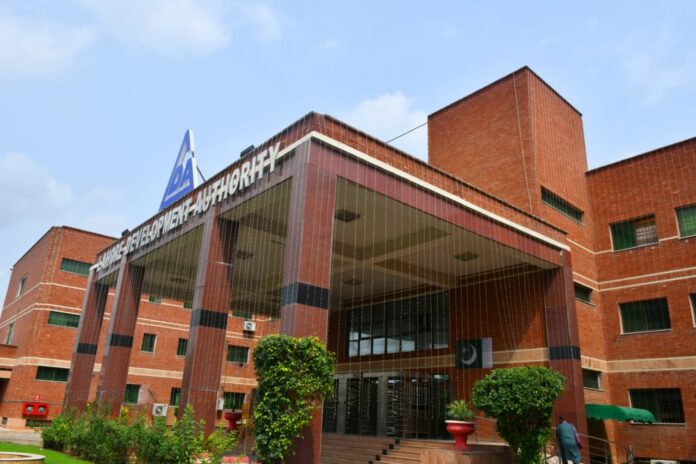 LAHORE: The Lahore Development Authority (LDA) has introduced the much-awaited land use regulations for allowing new business ventures to promote trade, commerce and industry in the four districts of Lahore division.

According to the spokesperson of LDA, the policy and guidelines had been provided as a result of the promulgation of Land Use Rules 2020, for permitting a change in the use of land to starting new business activities for generating job opportunities for the youth.

The spokesperson said that the business-friendly regulations had allowed a 5 per cent discount on lump sum payment of commercialisation fee, provided a facility for payment of commercialisation fee in easy instalments in three years instead of two years, and also permitted the amalgamation of equal measurement of land into a land that is already under use for the expansion of an existing business.

He also added that the regulations had waived off commercialisation for NGOs and charities to encourage welfare activities. “A new concept of setting up commercial zone has been introduced, under the title of Area Development Project, on an area of 24 kanals to 200 kanals,” he further added.

It may be mentioned here that under the guidance of the Punjab chief minister (CM), LDA’s initiatives had improved Pakistan’s position in the Ease of Doing Business (EODB) ranking by 54 notches, improving Lahore’s score from 58.16 to 70.4.

For speedy processing of various types of applications, counters of different relevant departments including WASA, TEPA, Town Planning and Metropolitan Planning have been set up under one roof in the e-service centre at LDA’s One Window Cell.

Similarly, Processing of applications by a private architect has been allowed for the issuance of completion certificate within 30 days and the hassle of repeated visits to the LDA office has been relieved. E-Khidmat Center’s official website has provided a facility to apply for approval of building plans without coming to the LDA office and approval is given in 30 days.

Further, the LDA has allowed construction of residential and low-rise commercial buildings as soon as the building plan is submitted for approval. Residential, commercial, industrial, warehouse building plans were being approved in 30 days. Completion certificate of the building was being issued in 30 days. Conversion to commercial, industrial and other use of land was being allowed in 45 days. Water connection fee and time required for installation of connection had been reduced by WASA. Online fee submission would also be started soon.

Following an agreement between LDA and NADRA, the authority has gained access to NADRA’s database during 2020. NADRA counter has been set up at LDA One Window Cell.

In order to eliminate chances of forgery and fraud, the biometric of the sellers and the purchasers of plots can be verified before processing the requests for sale and purchase of plots.

Further, the authority has also constructed the gateway to the city named as Bab-e-Lahore near Thokar Niaz Beg on Multan Road while other development works carried out in the city include an overhead bridge for pedestrians near Jinnah Hospital, patch work of roads in different parts of Lahore including Johar Town, Gulberg, Allama Iqbal Town, Canal Bank Road, Harbanspura, Gujjarpura, Samanabad, Multan Road and other areas.

Currently, the authority is carrying out work for cleaning, washing, painting and installation of lights in 11 underpasses on both sides of the canal on Canal Road from Thokar Niaz Beg to Jallu whereas 15 overhead bridges for pedestrians on Canal Road were also being cleaned and maintained.

Cleaning and painting work of grills on both sides of the canal was also underway, while cleaning, washing and painting of overhead bridges in various other areas of the city were also being carried out.