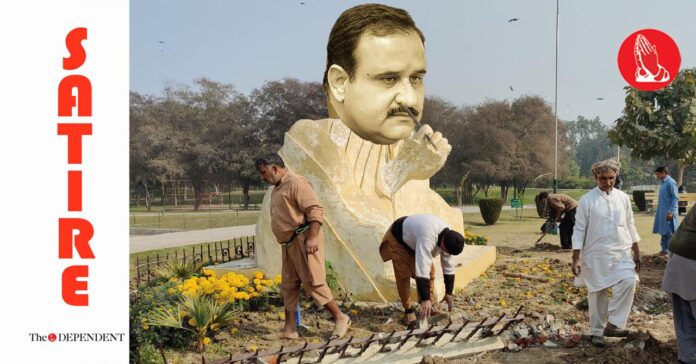 LAHORE: The Punjab government has uninstalled an awkward rendition of a CM, put together by amateurs, that had attracted a large bit of criticism, first on social media, and then on the mainstream media.

“As soon as you saw this thing, you knew something was way off,” said Quddus Mirza, a leading art critic. “But the more and more you saw it, you would realise how extremely grotesque this thing actually was.”

“I mean I’ve seen some bad CMs across Pakistan in my day, but damn, this one was bad.”

Although the artifact had been put up at the Civil Secretariat for some time now, the government has only just acted up on the social pressure.

According to insiders, the top contender of replacing it is the recently removed statue of Allama Iqbal from the Gulshan-e-Iqbal Park.