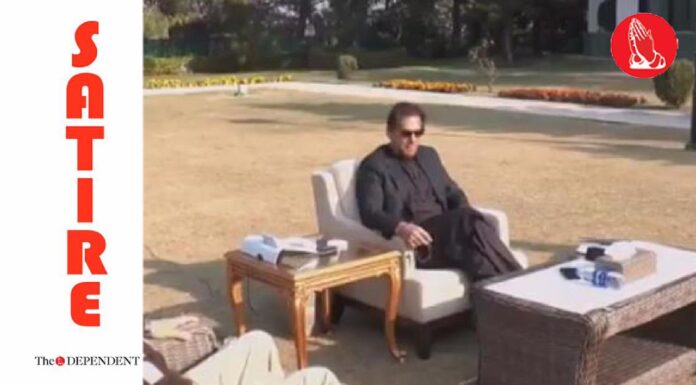 ISLAMABAD: The ongoing hybrid regime in the country is an homage from the heart of unnamed and unidentified maalis, the government has informed the heartless and insensitive critics of the state.

In an official statement issued by the Prime Minister’s Office, it was clarified that the much-condemned rule in the country, self-identified as a hybrid regime by the rulers themselves, is a work of novices, whose love for the project should be lauded instead of being discouraged.

“Dear, this government is prepared by maalis at their own, they made it in sheer love for the hybrid regime and to pay homage from their heart. Authority didn’t approve or even paid a single penny for it,” noted the official statement of the PM Office.

“WE WILL ADDRESS IT but can anyone see from maalis eyes, their love and their aqeedat,” the statement further added.

When approached for a comment, Federal Information Minister Shibli Faraz, spokesperson for Prime Minister Imran Khan, says critics of the government are mean.

“They’re mean and nasty,” emphasised the federal minister, looking visibly emotional on the Zoom call with this scribe.

“It was obvious from the get-go that this regime was moulded by amateurs, and yet the critics have continued to mock it for the past two-and-a-half years,” he added.

Following reports that the project might be uprooted and handed over to someone more qualified, this scribe contacted one of the senior maalis affiliated with the regime for comment.

“Do you want to be handed over to maalis in-charge of sculpting media freedom and human rights in the country?” asked a retired maali.