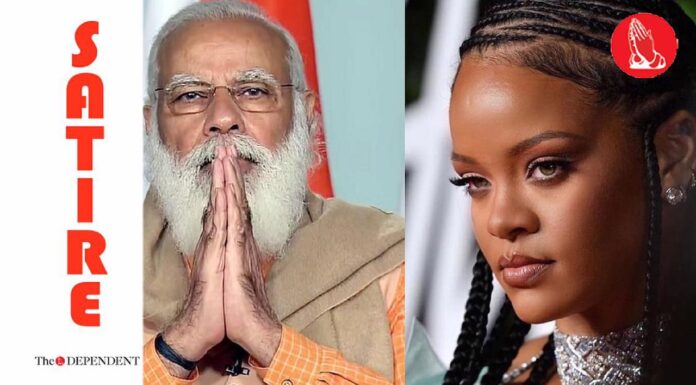 NEW DELHI: Weeks into the ongoing protests against the agriculture laws passed last year, the Indian government has made amendments to the most contentious aspects of the legislations.

The new amendments look to bar Indian farmers from purchasing social media posts and tweets from millionaires around the world.

The amendments to the Farmers’ Produce Trade and Commerce (Promotion and Facilitation) Bill 2020, the Farmers (Empowerment and Protection) Agreement of Price Assurance and Farm Services Bill, 2020 and the Essential Commodities (Amendment) Bill were passed through voice notes in India’s Lok Sabha on Monday.

The latest amendment, applicable to all the aforementioned bills that were originally passed last year, issues a categorical ‘ban on farmers funding global millionaires and billionaires, especially those from the entertainment industry’. The amended bills have been tabled in the Rajya Sabha and are expected to become law later this week.

Moving the amendments in the House, Union Agriculture Minister Narendra Singh Tomar assured all members that farmers will be able to get better prices for their tweets and the Minimum Support Price (MSP) procurement system will continue for social media posts.

“The new agriculture laws will make the farmers rich, but that doesn’t mean they should use the infinite amounts of money they will now make to start funding millionaires and billionaires around the world,” Tomar told the house.

According to the ruling Bharatiya Janata Party (BJP) government, the reforms will accelerate influencer growth within India through private sector investment in building propaganda infrastructure and supply chains for Indian tweet produce in national and global markets.

The amendments aim to maintain the means of production of the locally manufactured noise within the country and bar anyone from investing in such ventures overseas.

The amendments, aimed at creating employment opportunities among the Indian entertainment industry, especially among Bollywood’s millionaires, were proposed after celebrities in the West started taking funds to tweet in favour of farmers currently fearing for their sustenance and protesting in this regard.