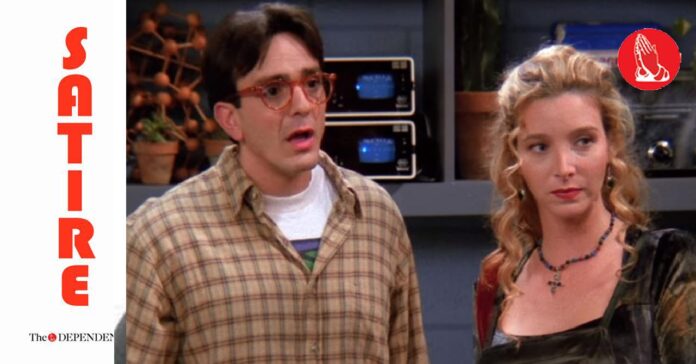 NEW YORK: Hank Azaria, the famed actor playing the character David in the popular TV show Friends, has publicly apologised for playing a scientist in a series which repeatedly said Minsk was a city in Russia.

Describing the gaffe as an “offensive geographical blunder” Azaria said he wants to apologise to “every Belarusian in the world”.

Azaria, an American, made the comments on the Armchair Expert podcast, where he said he initially had a “blind spot” to geographical issues surrounding the location of former Soviet cities.

“Participating in ignorance, as in structural ignorance, is about blind spots,” he said. “I really didn’t know any better. I didn’t think about it. I convinced myself that well Minsk is the capital and the largest city of Belarus which was with Russia and a part of Soviet Union till 1991, but after a while, I couldn’t convince myself,” Azaria added.

Saying that Friends, a show that first aired in 1994, three years after the formal dissolution of the Soviet Union and the creation of Belarus as a separate state with Minsk as its capital, was ‘fact deaf’, Azaria maintained that the producers of the show were perpetuating subtle ignorance, which he partook in.

“And there were very good intentions on all of our parts and we tried to do a funny, thoughtful character. But to think that the character was a scientist who never bothered telling anyone that hey I’m actually going to Belarus, and not Russia — or to a Russian city called something else and not Minsk — is absolutely shameful. I’m profoundly sorry for my part in perpetuating ignorance,” he said.

“Indeed, this geographical faux pas was also racist against Belarusians, and Russians, for which, again, I would like to personally apologise to every Belarusian, Russian, Soviet-era communist and geography teacher in the world.”