Taliban look even prettier when they are angry: Shah Mehmood Qureshi 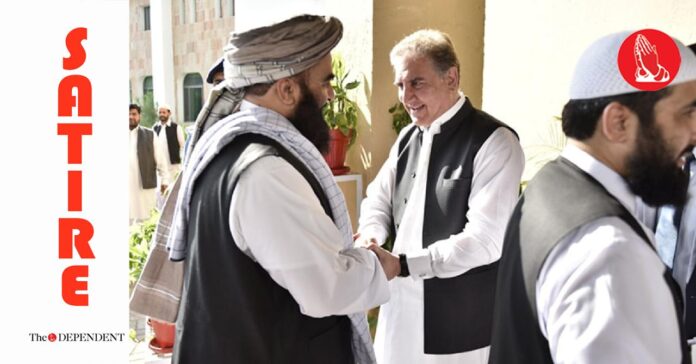 ISLAMABAD: Confirming that no one quite has a smile like the jihadist group referring to itself as an Islamic Emirate going by the name of Taliban, Foreign Minister Shah Mahmood Qureshi on Friday said the Afghan Taliban look even prettier when they are angry.

“No one is prettier. And once you’ve seen those eyes you can’t think of anything else,” the foreign minister said during the meeting of the Senate’s Standing Committee on Foreign Affairs, here at the Parliament House in Islamabad.

“Just one look and you melt. But some people are worth melting for,” the foreign minister further informed the standing committee.

However, the Tehreek-e-Taliban Pakistan (TTP) are not among those worth melting for, Qureshi informed the committee. “The beauty of TTP does not attract us. At least not enough to praise them openly,” he added.

Continuing to describe how enchanting the Afghan Taliban are, the foreign minister confirmed the group is the complete package.

“And no one will ever love them like us.”