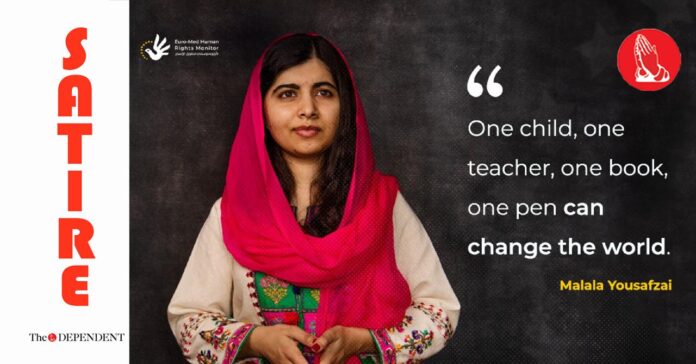 LAHORE: The Punjab Curriculum and Textbook Board (PCTB) on Monday confiscated a social studies book for grade 7 published by the Oxford University Press (OUP) before it could change the world.

Government sources have further informed The Dependent that they are now looking for the one pen that could change the world. The Counter-Terrorism Department (CTD) is conducting search operations to look for that pen.

“The pen has been identified as a resident of Afghanistan funded by RAW,” confirmed a CTD official while talking to The Dependent.

It is pertinent to mention here that one teacher and one child, both easily recognisable through Nobel Prizes given to them, have previously been identified and disowned.

Other books that could potentially change the world, including one written by the child that was changing the world, have also been seized or banned in security operations.

“Books are easier to identify based on their content. The child and teacher were as well based largely on their gender and religious beliefs, respectively, but also on what they said and did. The pen is more complicated because it depends on who is using it,” said a government official supervising over the search operation.

“The pen we’re looking for is the one being used by the enemies of our great country.”