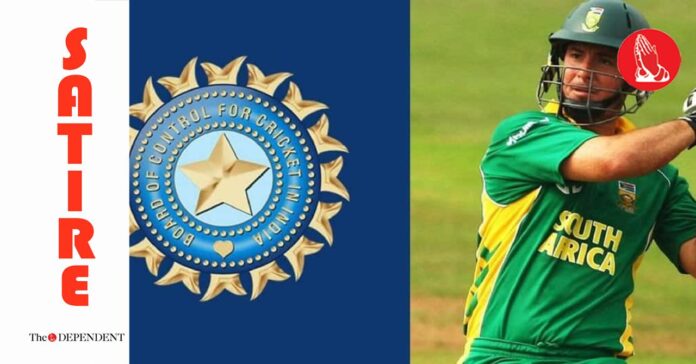 CAPE TOWN/ISLAMABAD/MUZAFFARABAD/SRINAGAR: Former South Africa international cricketer Herschelle Gibbs has told the Indian cricket board that Kashmir in its entirety is the jugular vein of Pakistan.

Gibbs’ comments came early Monday morning in response to the Board of Cricket Control (BCCI) releasing a statement that it was ‘well within its rights’ to do anything to ‘protect its cricket ecosystem’.

“Go India Go #Azadi,” he further tweeted tagging the official Twitter handle of the BCCI in a string of tweets where he reiterated that he is now formally rebelling against the status quo.

Sources have informed The Dependent that following Gibbs’ tweets Tillakaratne Dilshan, Monty Panesar, Matt Prior, Phil Mustard and Tino Best are also joining the movement in support of the Kashmir Premier League and calling out the BCCI.

“We can’t let India continue to force people to do things and live against their will, compromising others’ freedom. It’s about time we highlight the totalitarianism is challenged,” Panesar, who will be playing for Kotli Lions, said in an interview with The Dependent.

“I’ll play my part in it even if that means bowling spells with Kamran Akmal behind the stumps.”