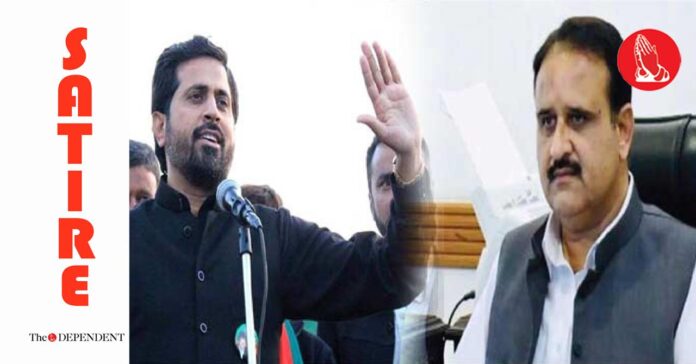 LAHORE: Reconfirming the reappointment of Fayyaz-ul-Hassan Chohan as the spokesperson for the provincial government, Punjab Chief Minister Usman Buzdar reiterated that no one else can do the job as well as Chohan.

“You really need someone with a top-drawer dirty, filthy, linguistic range to take on this role. Only someone truly foul-mouthed can describe the filthy mess created by the Punjab government,” said Buzdar talking exclusively with The Dependent.

“Unfortunately, while Firdous Aapa [previous spokesperson Firdous Ashiq Awan] also had some skill on this front, she was more a basher in the martial arts sense than a robust trash-talker.”

After issuing the notification for Chohan’s appointment as the Punjab government spokesperson for the third time, Buzdar said Chohan is going to be sacked once again in a few months’ time.

“We’re letting him keep the prisons ministry not just because we feel he can relate to the prisoners’ mindset, but also because he will be replaced — again,” the CM confirmed.

Buzdar reaffirmed that the regular cycle of bringing Chohan in as the spokesperson and then releasing him highlights how important Chohan is for the provincial government.

“We remove Chohan so that the government — myself included — can know how vital he is to us and our existence,” the CM said.

“He is like the air you breathe in and out — without which the body can’t function.”