‘Absolutely not,’ says US Marine Corps Sergeant to Islamabad hotel manager asking if there were any problems with suites 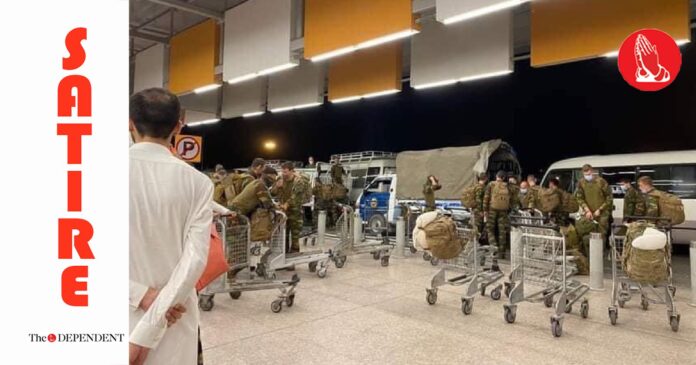 ISLAMABAD: Absolutely not,” said US Marine Sergeant (First Class) Jeffrey Smith to Sadiq Hussain, general manager at a local Islamabad hotel, when the latter had enquired whether the suites that him and his men had been provided to stay had any problems.

“It’s a nice little setup they’ve got here,” Smith told The Dependent. “I think I’m going to recommend this one for our longer stays.”

“Though that’s more of Fred’s problem,” he said, referring to Master Chief Petty Officer US Navy Seals Frederick Mathews. “Him and his boys here for longer.”

“Don’t know man,” Mathews said while speaking to The Dependent. “The wi-fi at this place is a bit wonky. I’ll ask the admiral to get us to stick with Shamsi like last time.”