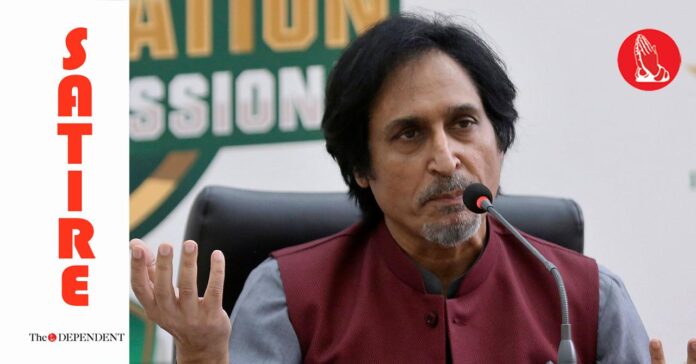 LAHORE: The Pakistan cricket squad for the upcoming World T20 in the UAE will leave immediately after the completion of the ongoing National T20 tournament on chartered camels, Pakistan Cricket Board (PCB) Chairman Ramiz Raja confirmed on Tuesday.

Talking to the media the PCB chairman confirmed that special camels have been hired by the board which will take the national cricket team to the UAE.

“This is a part of the PCB’s cost-cutting measures. It will take us around three weeks from Lahore to reach Dubai on camels, which as per the World T20 schedule would make our arrival date sometime in the middle of the group stages,” Ramiz told the media.

“However, we haven’t factored in the divine miracles that have helped us in wars throughout our history, which could make the camels run or fly or something and ensure that we arrive on time for the upcoming jihad,” he added.

The PCB chairman also confirmed that horses were also considered as the mode of transport, but the idea was shunned after finding out that they consumed more fuel owing to higher horsepower.

Further highlighting the measures taken by the country’s cricket board Ramiz said that expenses are being reduced in all departments.

“During the drinks break, players will only be allowed to take two sips of water, which would be distilled in the dressing room. We aren’t going to waste money on mineral water,” he said.

Ramiz Raja said the food giving during lunch or dinner breaks would also depend on the performance of the player.

“The number of rotis you get will depend on your strike rate. Your food is henceforth directly linked to your aggressive on the field,” the PCB chairman said.

While answering a question, Ramiz said no one will be given any preferential treatment owing to connections, confirming that Aaqib Javed and Moin Khan will be appointed in senior PCB roles to oversee the board’s merit drive and cost-cutting measures.

The PCB chairman further confirmed that Wasim Akram will soon be given charge of wealth creation for the board.

“Waz is already working on generating money through betting and is preparing a fixing guideline to fix revenue shortage.”