Govt negotiating with ASWJ on number of policemen they have to kill in order to be unbanned: Fawad 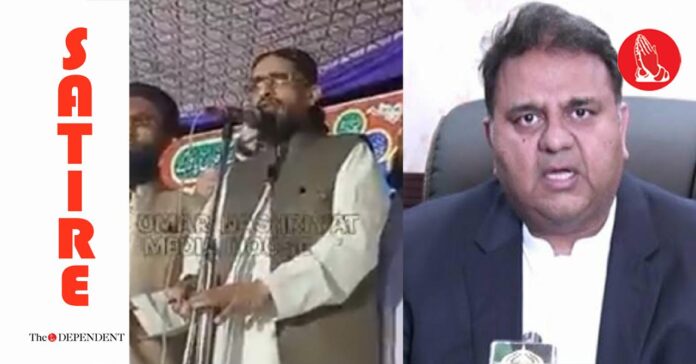 The government is in negotiations with the proscribed Ahl-e-Sunnat Wal Jumat (ASWJ) about the number of policemen the organisation has to kill or injure in order for the ban on it to be lifted.

“In principle, the decision has been taken; these are just the details, the nitty-gritties,” said information minister Fawad Chaudhry, while speaking to reporters at the PID. “This is the only stumbling block, which will be resolved soon, don’t worry.”

The negotiations with the ASWJ started in the aftermath of the government’s lifting of the ban on the Tehrik-e-Labbaik Pakistan (TLP) recently, after they completed their requisite quota of policemen.

In a stark reversal of roles, however, the ASWJ has asked the government for the number to be raised, rather than lowered, while the government has been insisting on lifting the ban if even a small number of policemen are killed.

“Actually, we need this high number to settle scores with some policemen who had been hounding us,” said a source from within the ASWJ. “So it will be like killing two birds with one stone.”

The government has, in the meanwhile prepared a comprehensive strategy of responding to the situation, like commissioning thinkfishtanks like the Islamabad Policy Research Institute (IPRI) to prepare infographics on how the issue has emerged because of a lack of police reform, rather than the police not being given a green signal to take on the proscribed organisation.

Rubbishing the notion that the government is capitulating to the terrorist organisation, the information minister said: “First the Sipah-e-Sahaba, and then the ASWJ, used to boast the slogan ‘dum hai, toh kal-adam hain.’ Since they are not going to be kal-adam anymore, it means we have effectively defanged them.”