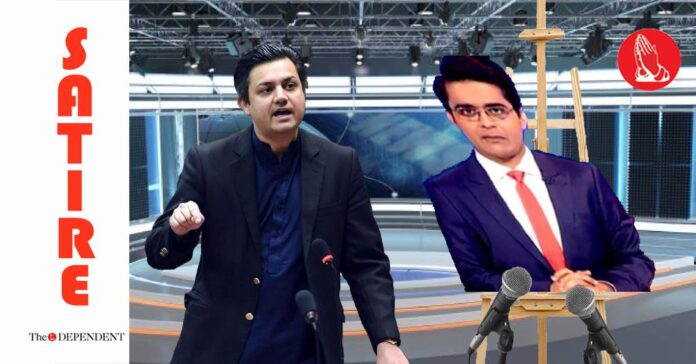 “I would like to challenge Shahzeb Khanzada to debate LNG and gas issues with me,” tweeted Azhar Friday evening. “My only condition is that he should not have a teleprompter helping him. And also, that he should not be his flesh and blood self, but be a cardboard cutout of his life-size photo.”

Azhar did not stop there and added that even the debate between him and the cardboard should be moderated by a neutral anchor like Fawad Chaudhry.

“There, in a neutral environment, where Khanzada doesn’t have fancy tricks like teleprompters or the ability to ask questions, can I truly explain to the people that the gas shortage they are facing is only in their heads,” he said.

“And kitchens and geysers.”