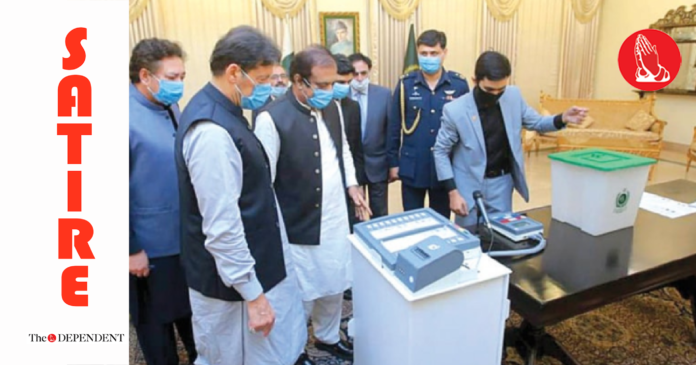 “The way Prime Minister Imran Khan brought a neutral umpire in cricket to end controversies, he has now mainstreamed the third umpire, and the Decision Review System,” the minister said while talking to the media.

Shibli added that the government and his ministry won’t stop at merely formalising the creation of a tangible remote for the already remote-controlled, but is already working on eventually using technology to select the country’s leaders.

“Pakistan is becoming the first country to officially use the latest technology to engineer the electoral process, which till now was been done in an outdated, manual, and time consuming manner,” said the science minister.

“But we now want to take it a step further and allow AI to generate PMs and ensure that they follow the predefined algorithms throughout the duration of their tenures,” he added.

The federal minister said that elections in the country have always been controversial because the manual engineering process leaves behind traces of sloppiness.

“EVM will leave no evidence. This, in turn, will strengthen democracy and political stability as per the AI generated vision,” he maintained.

“Today is an important day for democracy and the whole nation deserves congratulations for acknowledging the value of army intelligence and so that everyone votes military.”