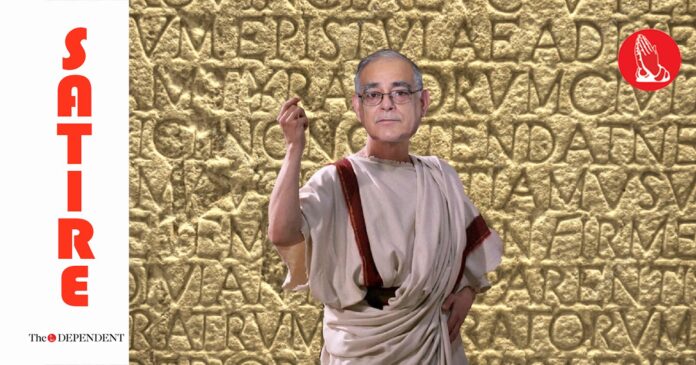 Taking a departure from his proposal about the country being run by ‘supra constitutional’ National Security Council, retired general Tariq Khan has, in a new video, proposed that the country needs to be run a philosopher-king instead.

The former Corps I Strike Corps at Mangla was wearing a Greek toga while making this proposal on his YouTube video.

“We have tried all other options,” he said, while holding up his toga. “The only way out of our dire conditions is to (clears throat) and have some sort of……(clears throat)….philosopher king!”

“I feel there is no reason why we would not be able to find such a person in our country,” he said. “A thoughtful individual with wisdom, compassion, a sword of honour and benevolence.”

“Though time is of the essence but this philosopher-king should be engaged only after February because it might be his niece’s wedding and he might be busy with all that.”