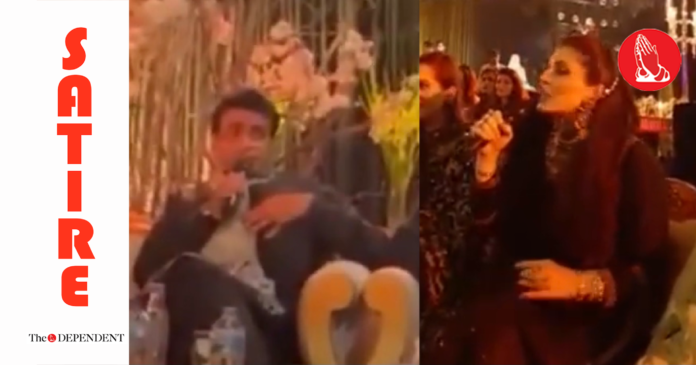 Following the announcement of its strategy to topple the PTI government (version 4.2.3.1), the PDM also finalized necessary arrangements to ensure suitable entertainment during its long march that is planned to commence on 23rd March by finalizing Maryam Nawaz and her son Junaid Safdar to provide vocals for the event’s title song while Hamza Shahbaz, after narrowly missing out on a singing role, has been given dufflee duty.

Speaking to The Dependent, Maulana Falzlur Rehman, head of the 11-party national alliance, explained how the PDM wanted to keep it both “authentic and close to home” when it came to the ‘make or break’ element of any long march: the song that will be blasting from the surround sound speaker system atop the container-vehicle leading the procession. “We were in quite a pickle to find a combination that was both in-house and good, and just as I was about to finalize one of my madrassah boys who can basically talawat anything on-demand, beita Junaid’sdomestic wedding festivities began and the endless streak of in-family singing talent that was on display sealed the deal; we booked them right there and then”, Maulana Fazlur Rehman saidwhile explaining how the these choices were made.

At press time there were unconfirmed reports that HamzaShahbaz had been removed from dufflee duty and reassigned to ‘volume control guy’ on account of being unable to ‘maintain a beat’.