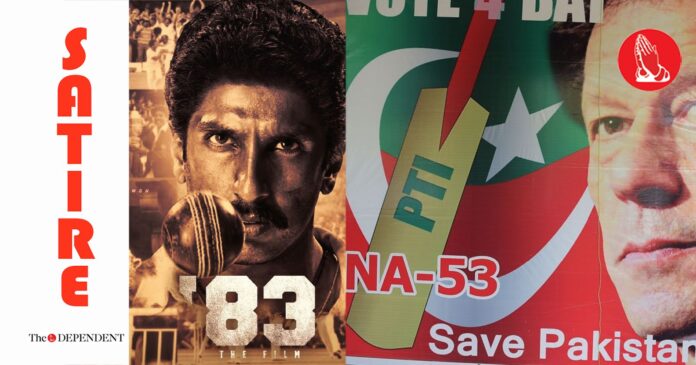 MUMBAI/LAHORE/LOS ANGELES: Bollywood has continued its years-old tradition of copying Pakistani films, with the recent release of ‘83’.

The Ranveer Singh starrer ‘83’ narrates the tale of India’s first Cricket World Cup win, with many observers observing similarities between the 2021 Bollywood movie and a 2018 Pakistani film.

The latter being based on Pakistan’s first Cricket World Cup win has led to many around the world accusing Bollywood of imitation, if not downright plagiarism.

“In addition to both films being based on their country’s first major tournament win in their favourite sport, notice how both the productions seem to focus entirely on one man, the captain, making it sound like his win alone, when the sport is played by 11 players on the field, in addition to the subs,” observed film critic Leonard Maltin, while talking to The Dependent.

However, Bollywood critics are quick to claim that similarities between the two films are ‘purely incidental’ also maintaining that despite the commonalities that the movies might find, there are also glaring differences.

“Please note that the Indian film is about the World Cup itself, while the Pakistani film uses the World Cup to create a whole new narrative,” said Bollywood critic and trade analyst Taran Adarsh, adding that only one of the two films actually made money.

“Also, you can’t really compare a sports drama with a horror-comedy,” Adarsh added.