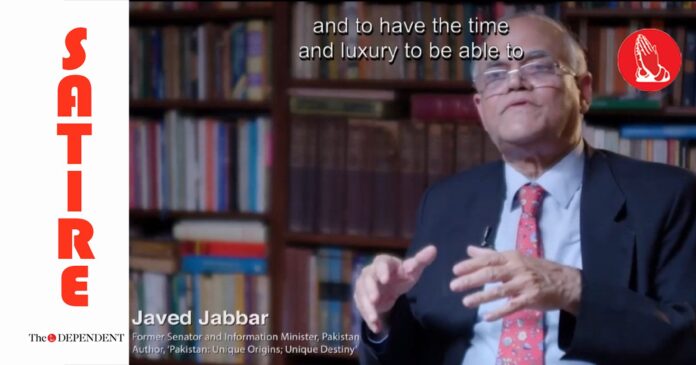 ISLAMABAD: In the uncut version of ‘Separation of East Pakistan – The Untold Story’ former Information Minister Javed Jabbar further elaborates on the myths already busted in the original version of his documentary by explaining how the Pakistan Army could not have committed genocide in erstwhile East Pakistan leading up to the creation of Bangladesh in 1971.

Jabbar explains the only way the military could have perpetrated genocide is by simultaneously existing in two places at the same time.

“For 42,000 troops to be tasked with eliminating a population and to have the time and luxury to carry out, terrible word, genocide, genocide of up to 3 million people would require some bizarre act of grotesque magic,” Jabbar says in the documentary.

“No army can possibly carry out these mutually exclusive acts, unless they had superpowers, or unless the terms representing the actions could be misconstrued as having overlapping meanings, or unless what the troops were officially tasked with was a bit of a misnomer and hence included the potential of carrying out other activities — all suppositions that are, again, impossible in the physical constraints of this universe,” he adds.

The former senator also reiterates that in addition to the laws of physics, the bounds of ethics would also prevent an army from undertaking such a monstrous task.

“Let’s not forget that we’re talking about an army equipped with a pure, supreme ideology, which is carrying out ideological purification through identitarian supremacism,” Jabbar adds.

“All those who think such an esteemed entity can even consider a gory act such as genocide, deserve to be extinguished from the surface of the planet.”