Decided to be more dangerous out of govt per PM’s manifesto: Shehzad Akbar 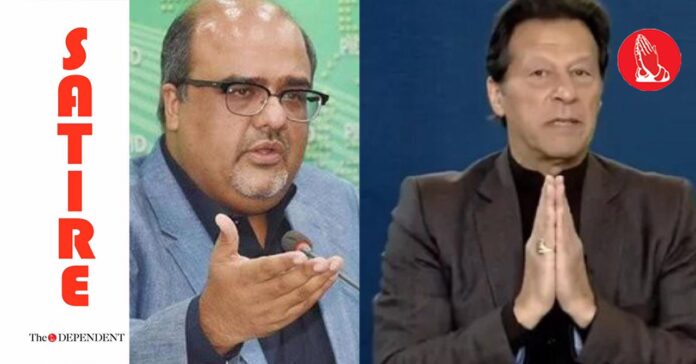 The former Special Advisor to the Prime Minister on accountability, Shehzad Akbar has said that he has decided to be more dangerous for the opposition by being out of government.

He expressed these views while talking to reporters after rendering his resignation from his position.

“I was moved by the PM’s recent address to the nation,” said a teary-eyed Akbar.

“No, those are not immigration forms on my desk,” he said, admonishing a reporter. “Don’t go through my personal documents. It’s rude!”