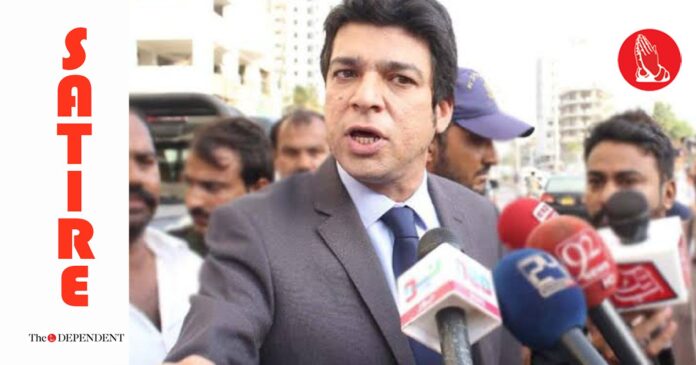 Following his disqualification for life from holding any public office in Pakistan, Faisal Vawda has reclaimed his US nationality and decided to enter the United States’ political arena. Vawda travelled to the US hours after the ECP announced its verdict, landing in Washington and immediately making his way to the Pentagon to discuss his political prospects with the US’s top general, chairman of the Joint Chiefs of Staff Mark Milley.

“I was born for politics and I don’t see myself doing anything else in life. If I can’t do it in Pakistan anymore, I’ll do it in the land of the free”, explained Vawda while speaking to our reporter outside Islamabad international airport just before his flight.

“Faisal possesses all the qualities of becoming a fine US senator and will be running in these midterms as a Republican. He’s a patriot, gun enthusiast and believes that an automobile without a combustion engine is for hippies who wear sandals with socks”, commented Milley after concluding his meeting with Vawda.

At press time, Vawda had reached Alabama where could be seen at a local Walmart purchasing an AR-15 rifle after which he headed to the local Chevrolet dealership and got his very own Camaro which already came with the confederate flag painted on the hood.