Bilawal happy with script unraveling in front of him 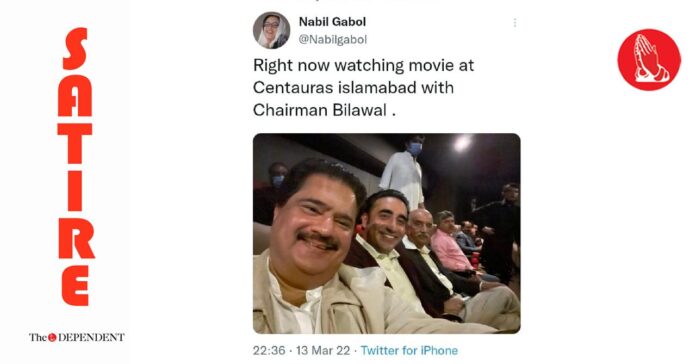 ISLAMABAD: Pakistan People’s Party (PPP) Chairperson Bilawal Bhutto-Zardari on Sunday expressed satisfaction with regards to the script that was unveiling itself in front of him, The Dependent can confirm.

Talking to close aides with him for the unravelling of the storyline, Bilawal said that while there wasn’t anything unique about the story he was happy with the direction it had taken.

“A tad repetitive, and done to death some would say, but I’m happy with the script given that it is favouring the guys I’m rooting for,” Bilawal told senior PPP leader Nabil Gabol late on Sunday night.

“Of course, you can’t expect anything unique from the scriptwriters, but they’re the only ones writing, so we should be happy with whatever we can get,” he added.

Bilawal said the scriptwriters should be given credit for realising that their latest offering had to be rewritten.

“They’re accustomed to the editing and re-editing of scripts, but I am liking the new heroes a lot more now, even if they will be rewritten eventually as well.”