Michael Owen to be nominated as caretaker PM after govt toppled 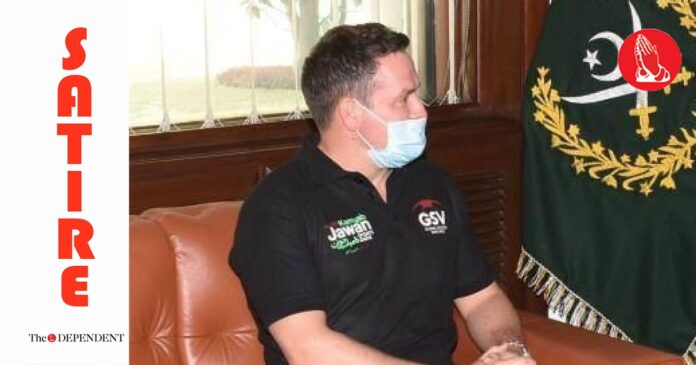 LONDON/RAWALPINDI: England football legend Michael Owen is all set to be named as the caretaker prime minister of the Islamic Republic of Pakistan once the incumbent Pakistan Tehrik-e-Insaf (PTI) government is toppled, The Dependent has reliably learnt.

Owen’s recent visit to Pakistan and his meetings with the stakeholders were a pretext for his appointment as Interim Prime Minister, sources have revealed to The Dependent.

To the objectors who point to Owen being a non-citizen, higher-ups revealed to this scribe that Owen has visited Pakistan more times than Shaukat Aziz before he became the prime minister.

“Another reason for this selection is that Owen is a former Newcastle United player and the club was recently bought by folks whose support our country perennially requires,” a source privy to the conversations had by those making these decisions told this scribe.

Owens sherwani size is already being distributed in London for when the time comes, three separate tailors confirmed.

At press time, the streets of Rawalpindi were abuzz with rumours that Michael Owen could, in a move that would carry significance for the entire region, be even named the next Chief of Army Staff.