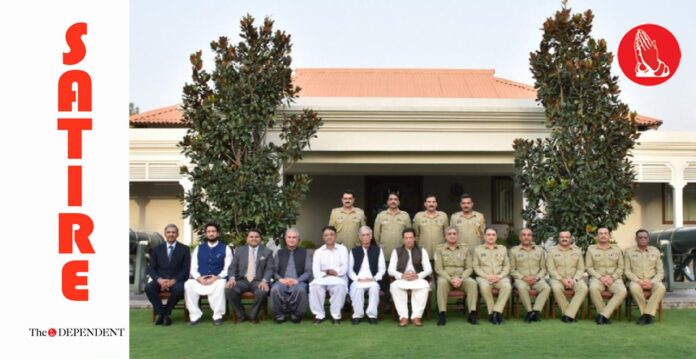 TAQSEEMABAD: The nation’s politics over the weekend was seen being divided along the Russian-Ukraine lines after a speech given at the helm of power.

The nation, which had been basking in newfound independence and un-beastly neutrality on the global crisis blazing in Eastern Europe, was told by the power centre himself that the interests of the powers that be lie in continued dependence.

Observers noted an instantaneous schism in the nation’s politics with views on the Russia-led war in Ukraine varying accordingly.

“I am confident that the majority of the National Assembly members condemn Russia now,” said a retired member of the power entourage after the critical speech on Friday.

“Those neutral or siding with Russia were a minority, which is why the National Assembly was dissolved,” added an independent analyst in exile.

Analysts further say that the dissolution of the National Assembly does not mean that the future of the country is not dependent on the fate of the Russia-Ukraine war.

“Ukraine deliberately provoked Russia into war so that the no-confidence motion is passed in our National Assembly,” noted a social media influencer affiliated with the outgoing ruling party.

“At least, that is what the copy of the letter said when I saw it forwarded on WhatsApp.”