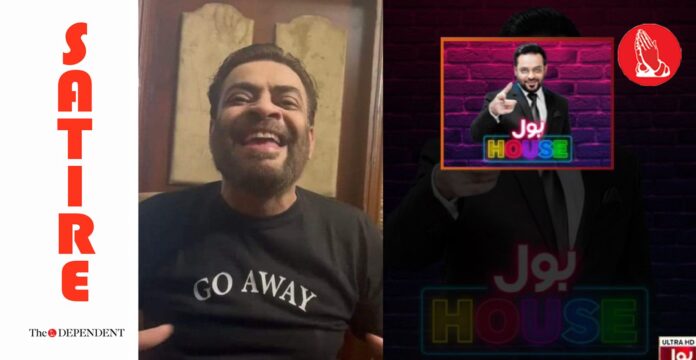 KARACHI: In a startling revelation in the immediate aftermath of leaving the Pakistan Tehrik-e-Insaf (PTI), Member of National Assembly (MNA) Aamir Liaquat Hussain has claimed that Prime Minister Imran Khan wanted to select the next army chief by asking the senior military leadership to compete in Bol House.

Taking to social media on Tuesday, Aamir Liaquat said Imran Khan had confided in him that he didn’t support the current army chief and wanted him replaced via the game show route.

“You are the traitor, Imran Khan, not us! You are the one who went as far as to suggest that you want to put all senior generals of the Pakistan army in a common living space and eliminate them one by one. You wanted to select the next army chief through a Bol House-Big Boss style competition!” Aamir Liaquat bellowed in the video he has shared on his social media pages.

“Even if one were to find room to appreciate the idea of a Bol House full of generals – I mean imagine the ratings – but the biggest act of treason that you committed, Imran Khan, was to think that you, your lowly self, could be the Big Boss of the house and decide who gets to stay and who gets to leave,” the MNA added.

“You worry about yourself, Imran Khan. I will find my seat on the show, whether it’s with Altaf Hussain, with Imran Khan or with Asif Ali Zardari.”