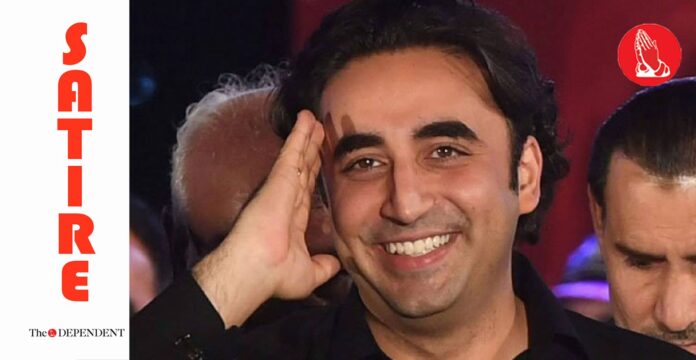 KARACHI: Pakistan People’s Party (PPP) Chairperson Bilawal Bhutto-Zardari said the Inter-Services Public Relations director general is synonymous with democracy, lauding him as the first line of defence against his enemies.

Talking to the media on Friday, Bilawal said that the DG ISPR is precisely how democracy in Pakistan should, and does, look like.

“Since DG ISPR and democracy are unquestionably, and thankfully, the same thing, it obviously means that DG ISPR is the best form of governance,” the PPP chairperson told journalists.

“And by correlation, it also signifies that DG ISPR is the best revenge,” he added, following up the statement with a salute.

Bilawal maintained that enemies of the PPP have been given a resounding reply through the DG ISPR, and warned that anyone can face the same fate if they did not choose the right path.

“We must respect and revere our defenders and custodians. I can assure you that as long as DG ISPR remains democracy and democracy remains DG ISPR, we will collectively gouge out any evil eye that is cast on us,” he said.

“That is the beauty of DG ISPR, and of revenge that is best served cold — with the trademark coolness of DG ISPR.”