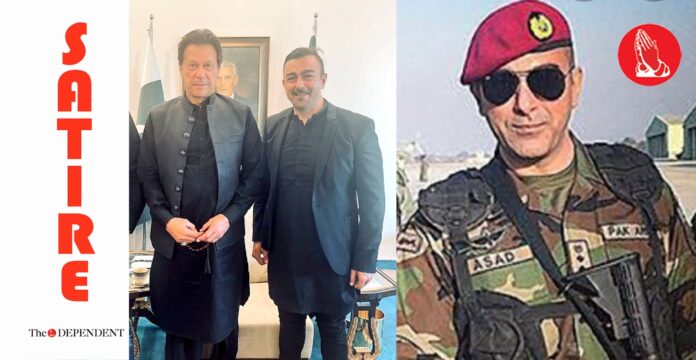 LAHORE – An upcoming film will see superstar Shaan Shahid fighting a global web of conspiracies, The Dependent has excitedly learnt.

According to the details obtained by The Dependent, the movie would be a thriller in which Shaan will play a civilian politician who is simultaneously taking on corruption at home and global espionage to protect the motherland, doing everything possible to defend the sovereignty of his country and people.
Sources have further revealed that Shaan would actually be fighting against leaders of an institution that poses as patriotic, revealing them to be anything but.

“It will be an exposé unlike any other seen in the history of this country,” vowed a member of the film’s production team, while confirming that Khalil-ur-Rehman Qamar has also been roped in as the screenwriter for the much-awaited thriller.

The Dependent has also been told that in the upcoming thriller Shaan would actually be fighting against a character he played in a former thriller. However, it couldn’t be confirmed whether this signifies Shaan starring in a double role.

“We are yet to finalise that, because Shaan can never play a negative – which in this case means unpatriotic – character. But we can confirm that he’ll actually be thwarting a conspiracy in which a character he has played in a past film has a central role,” one of the producers told The Dependent.

This scribe further probed if this meant that the film was a sequel or a crossover, to which a clear reply couldn’t be obtained.

“This film is from a brand of complex cinema that is connected to a past film, while at the same time refusing to acknowledge that connection,” noted a member of the film’s entourage.

However, when asked if the film would be produced by the country’s number one PR organisation, the reply was more emphatic.

“It will be produced by the country’s soon-to-be number one PR organisation,” remarked one of the producers.

- Advertisement -
Facebook
Twitter
Linkedin
WhatsApp
Email
Previous articleI’m not supposed to tell you that, says PM on question of who selected last PM
Next articleDG ISPR is the best revenge: Bilawal