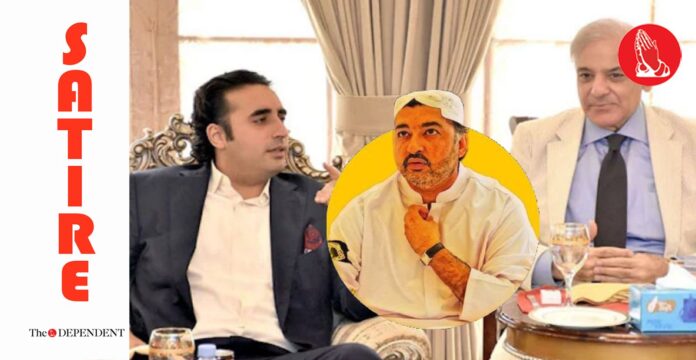 ISLAMABAD: Differences have already emerged between the two most prominent parties of the ruling coalition in the centre, with the Pakistan People’s Party (PPP) and the Pakistan Muslim League-Nawaz (PML-N) disagreeing over the formulation of the cabinet, after most of the ministers were unveiled in Tuesday’s oath-taking ceremony.

While differences have surfaced over an array of portfolios, both within the two parties, and between them, however, sources have confirmed that the biggest bone of contention between the PML-N and PPP is over Jam Abdul Karim, which the latter insists should be given the human rights ministry.

“There is no greater human right than the right to life, and there can be no one more emblematic of where the state stands on that than Jam Abdul Karim,” PPP chairperson Bilawal Bhutto Zardari told Prime Minister Shehbaz Sharif in a meeting, sources have informed The Dependent.

Sources have further confirmed that Bilawal will be meeting PML-N supremo Nawaz Sharif in London to further push the nomination.

“He’s hoping that Nawaz would understand the symbolism in the Pakistani context having positioned himself as a radical revolutionary in recent years,” a PPP leader said while talking to The Dependent.

However, sources within the PML-N insist that the government cannot afford more symbolism as things stand.

“I think we’ve exhausted our quota after making Rana Sanaullah the interior minister,” said a senior PML-N leader privy to the discussions over the cabinet formulation.

- Advertisement -
Facebook
Twitter
Linkedin
WhatsApp
Email
Previous articleDG ISPR is the best revenge: Bilawal
Next articleFuel Subsidies: Shameless PTI did what we pressured it to do, says Miftah