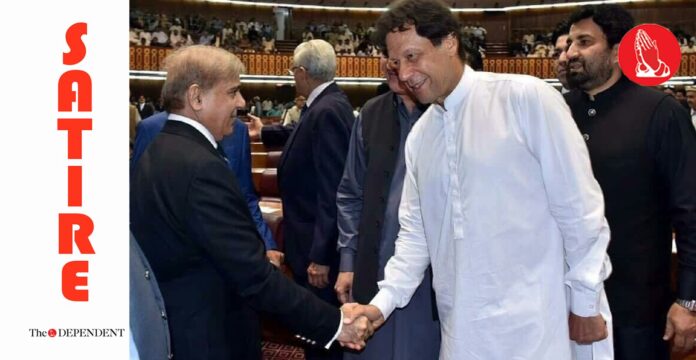 DOLLARPURA: The Prime Minister has blamed the previous government’s policies for the dollar reaching an all-time high against the local currency.

In a statement issued after the American dollar once again reached a historic high, the prime minister said that it is due to the policy of his predecessors and their corrupt practices that the local economy, and in turn the currency, is suffering.

The PM further said that it is due to the previous prime minister and the past government that the current government is forced to go to the International Monetary Fund (IMF).

“As you know that it is our government that has always been against begging or borrowing, but it is due to the misappropriation of the previous government that we have to take this step,” the PM reassured the nation.

“To stop the dollar rising and to stop the constant borrowing, you need to keep electing this government over and over again till the end of time,” the PM urged the nation.