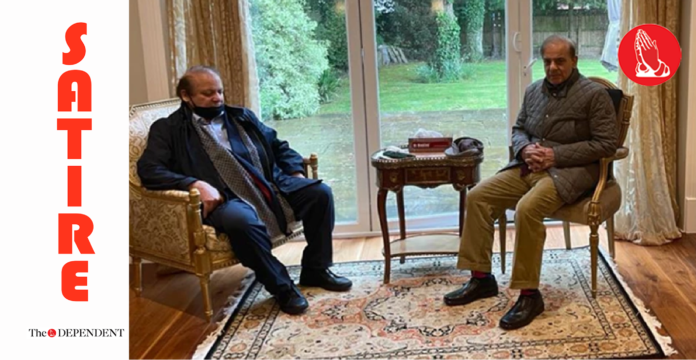 LONDON – The Prime Minister of the Islamic Republic of Pakistan and Pakistan Muslim League-Nawaz (PML-N) President Shehbaz Sharif on Wednesday was reminded how he used to wear clothes that weren’t his size, in a meeting with party leaders here in London, sources have informed The Dependent.

In the crunch meeting, Pakistan’s head of the government was told to reflect on his childhood, and why things were a certain way, including the fact that the clothes warn by the prime minister at the time were usually much bigger than what his size was.

“There’s a reason you grew up wearing shorts that were at least two size bigger, if not more,” the prime minister of the only Islamic country with nuclear weapons was told.

“It would be great if you could reflect on what that reason was and incorporate your learnings in your current decision-making,” the president of the largest political party in Pakistan was informed.

Prime Minister Shehbaz Sharif was further told to think back to the times where he would cry a lot more than he was hurt and would similarly exaggerate his complaints to the higher authorities.

The premier was also informed that it has now been seven decades and he should stop trying to get one over him in order to get in the good books of the powers that be.

“It would be better if you just went back to copying everything I would do,” the PM was further reminded.