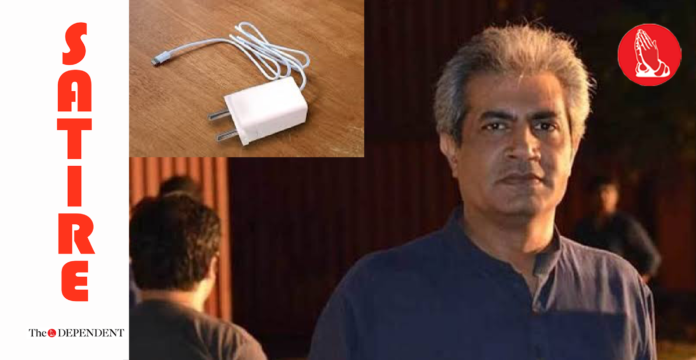 Freshly sacked Punjab Governor Omar Cheema, while angrily and reluctantly getting into the car that would drive him out of the palatial Governor House Punjab, realized a little too late, having exited the gates of the compound already that he forgot to pack his phone charger.

“The unceremonious manner in which he was removed from the office he held for 37 days is perhaps overshadowed by the fact that this is perhaps also his exit from any form of meaningful and consequential politics in general, for life”, commented one of the cleaners fixing up the room that had just been vacated while removing the forgotten charger from the bedside wall charger, neatly wrapping the wire around itself and safely putting it in his pocket.

Later in the day our Islamabad correspondent reported that Omar Cheema had made his way to Bani Gala to meet Former PM Imran Khan but evidently the meeting was unscheduled as security at the entrance was not letting Cheema in.

“Well, I’ll just call Khan sb myself, I have all his numbers since 1996 when I joined the PTI after all”, he could be heard boasting to the head of security.

Cheema was however unable to make that call as his phone had died. He was unable to secure an audience with the PTI chairman.