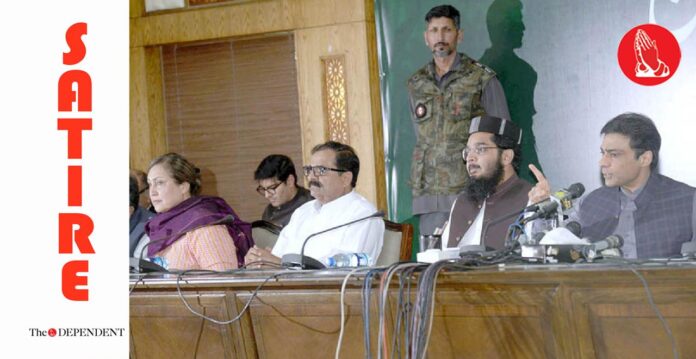 LAHORE: Punjab Chief Minister Hamza Shehbaz on Thursday said he is proud to have allied with anti-Shia groups in such a quick time and would maintain the alliance “as long as God wills it”.

“As soon as we knew that the push to oust PTI was here, we allied at Punjab speed,” the chief minister told the media pointing towards his ally Moavia Azam with a grin.

“I’m proud that I’m continuing my family legacy not only as the chief minister of Punjab, but also as the spearhead of the PML-N’s alliance with anti-Shia groups in the province,” Hamza added.

The chief minister, continuing to smile and point toward the leader of the banned ASWJ, said that it is forging ties with such quick speed in the province that has been the hallmark of his party’s, and family’s, success in politics. Hamza maintained this will also help him address the SC verdict that disallowed many PTI dissidents’ vote on the presidential reference on Article 63-A.

“Because, as you’ve seen, anything is possible if you have Punjab speed, and proscribed terror groups, on your side” he added.